In late summer 2022, AlternaA (Andra Pop-Jurj and Lena Geerts Danau), Hyeseon Jeong, and Seongmin Yuk visited Iceland. The creators of Monsters and Ghosts of the Far North and The Backpack of Wings: Modern Mythology met local artists and practitioners, visited the unique landscapes of the Arctic, and hosted two workshops at the Nordic House in Reykjavik. 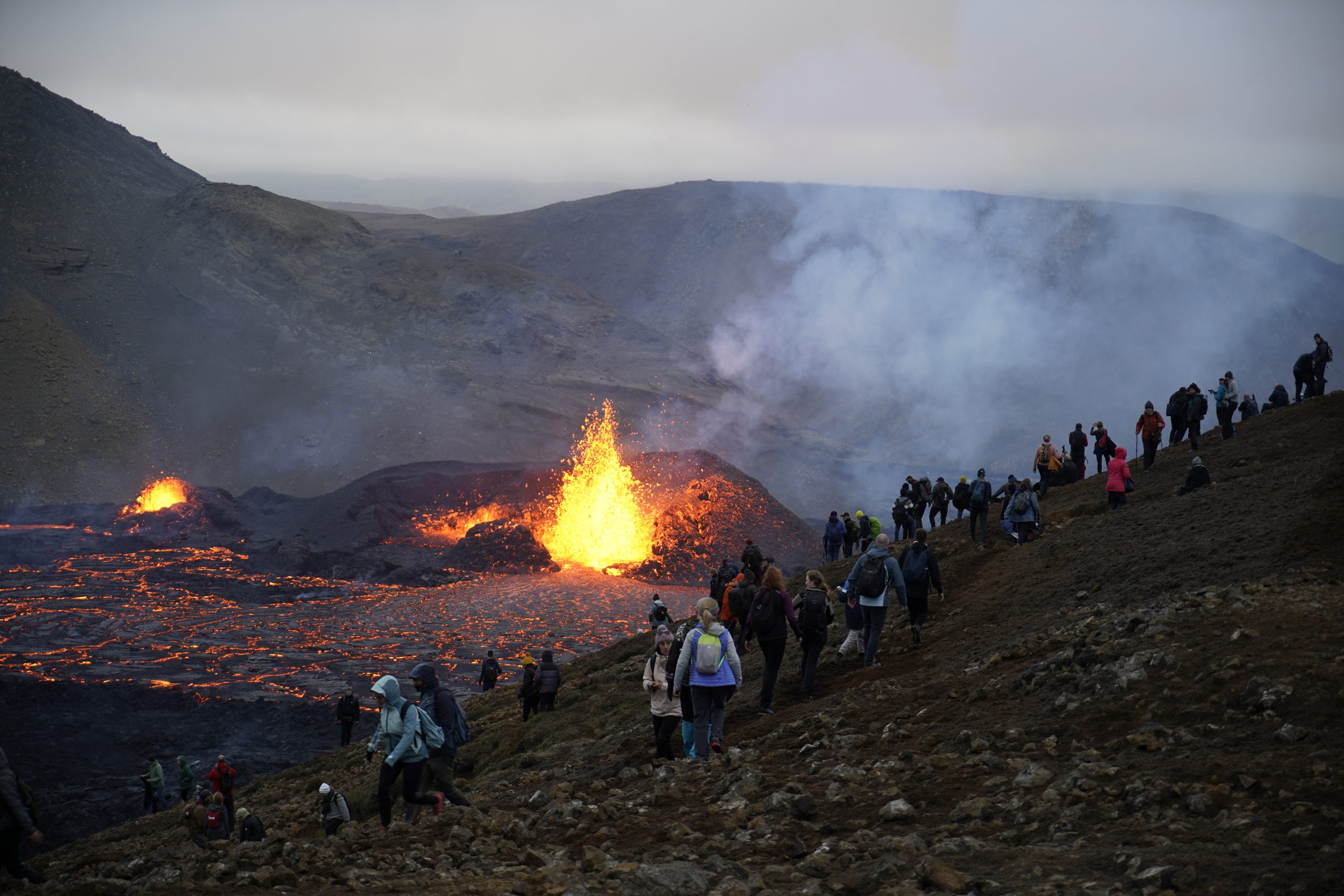 The Fagradalsfjall volcano erupted this summer, following a series of smaller earthquakes and tectonic rifting. Hyeseon Jeong and Seongmin Yuk, creators of The Backpack of Wings: Modern Mythology, were struck by their encounter with the erupting volcano. “It was magnificent because it really looked surreal,” they recall, “it felt like the landscape was talking to us, it’s alive, it’s not something static but essentially something moving. It felt like the earth had blood under its surface.” Their words help us grasp how fictions can serve as a tool to give meaning to unexplainable natural events and make sense of them.

Storytelling and Cartographies are two of the tools the artist duos AlternaA (Lena Geerts Danau and Andra Pop-Jurj) and Hyeseon Jeong and Seongmin Yuk use and question through their work. In August, the four artists visited Iceland to hold two workshops at the Nordic House in Reykjavik, exchange with some of the local artists and scientists and experience Arctic ecosystems relevant to their work.

AlternA highlighted that “one of the main questions that seemed to drive the various cartographies was the decision of what to represent and what not to, particularly when speaking about human impact on the environment and the man made.” The discussions extend their reflections within the game and question how cartography shapes our perception of a landscape. The two artists now reshaped the workshop format into a webinar for the APECS (Association of Polar Early Career Scientists) and were invited by Christian Schulze (Director of International Relations and Research at Iceland’s Agricultural University) to return to Iceland to hold another workshop at the EnChill MA program. The workshop also filled them with new input to return to their work on the video game prototype, which they will showcase at the upcoming Driving the Human festival. “We’re currently writing the narrative for each character and starting to incorporate and visualise historic datasets and future environmental projections inside the game space. The construction details of the installation we designed for the festival is also taking up a lot of our time at the moment, but it’s a part we both really enjoy. We can’t wait to build something again!” 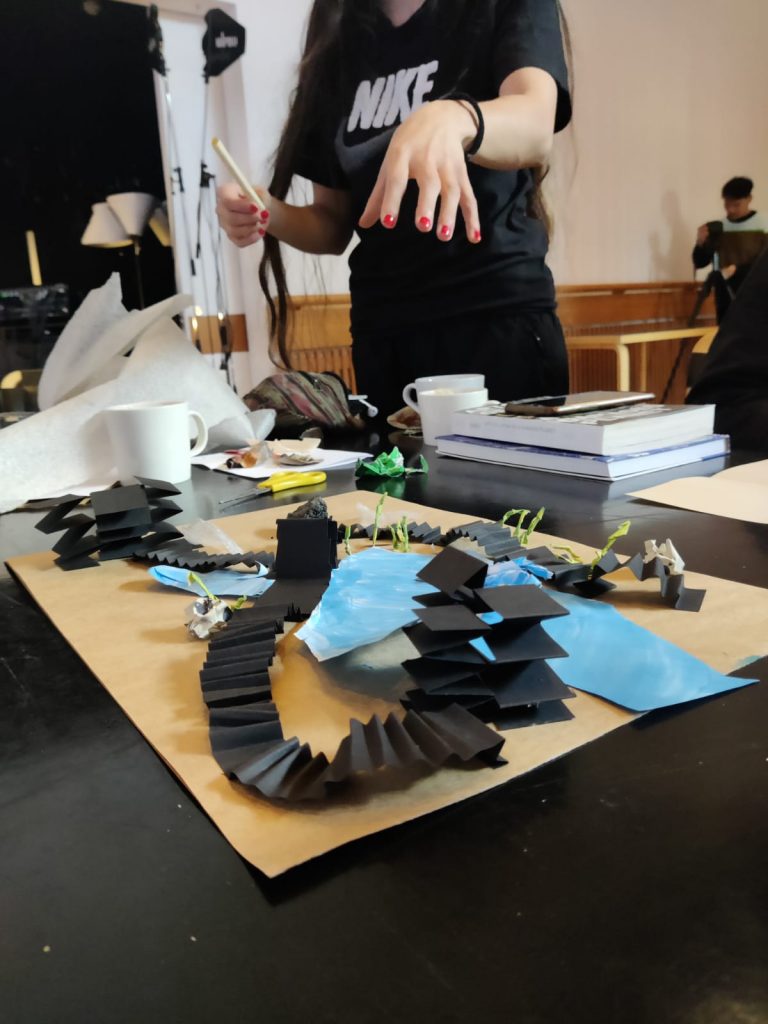 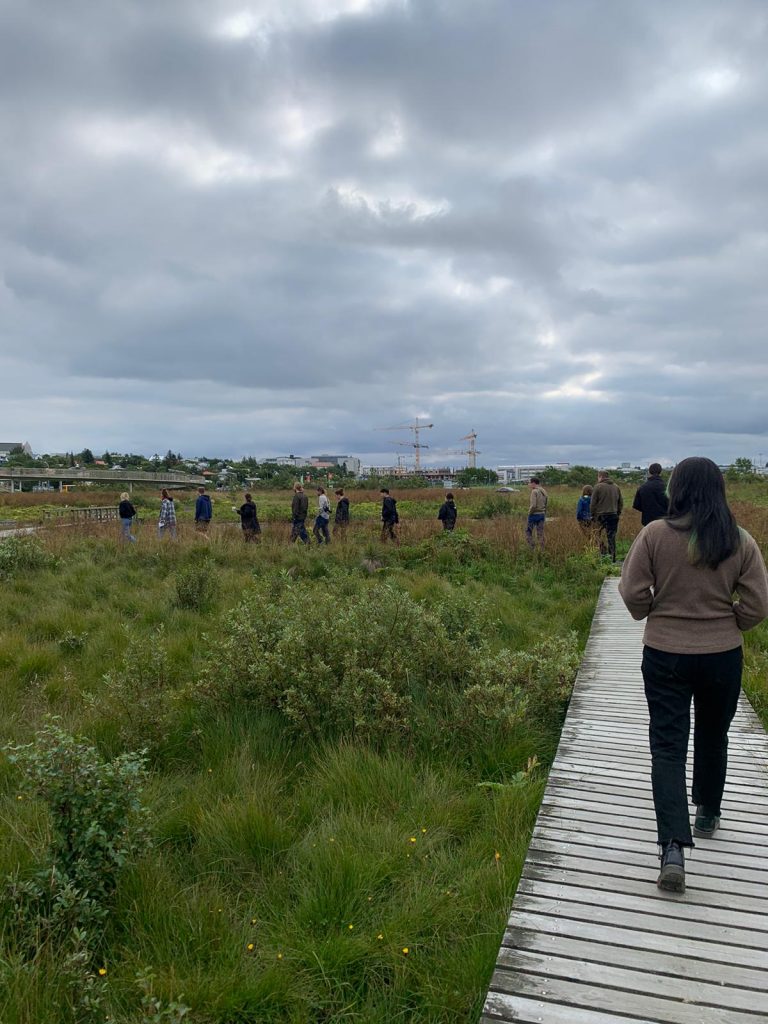 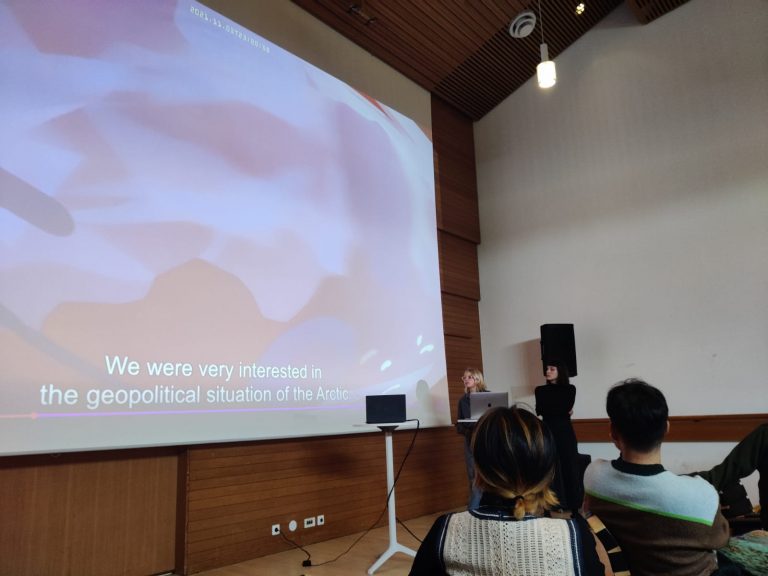 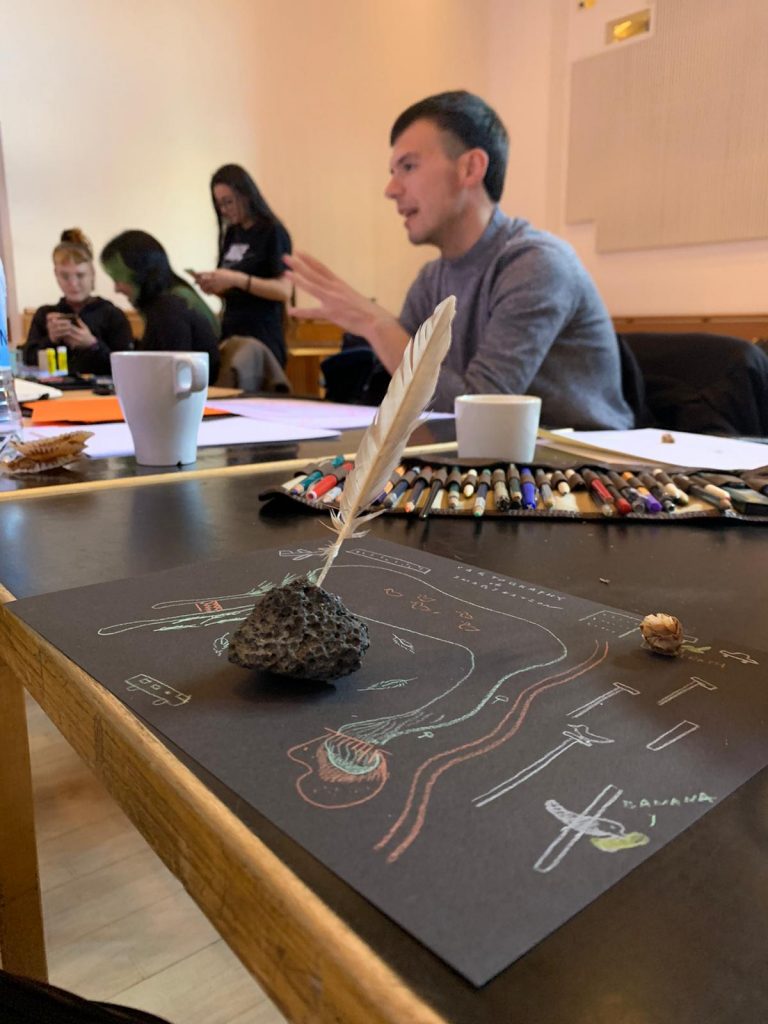 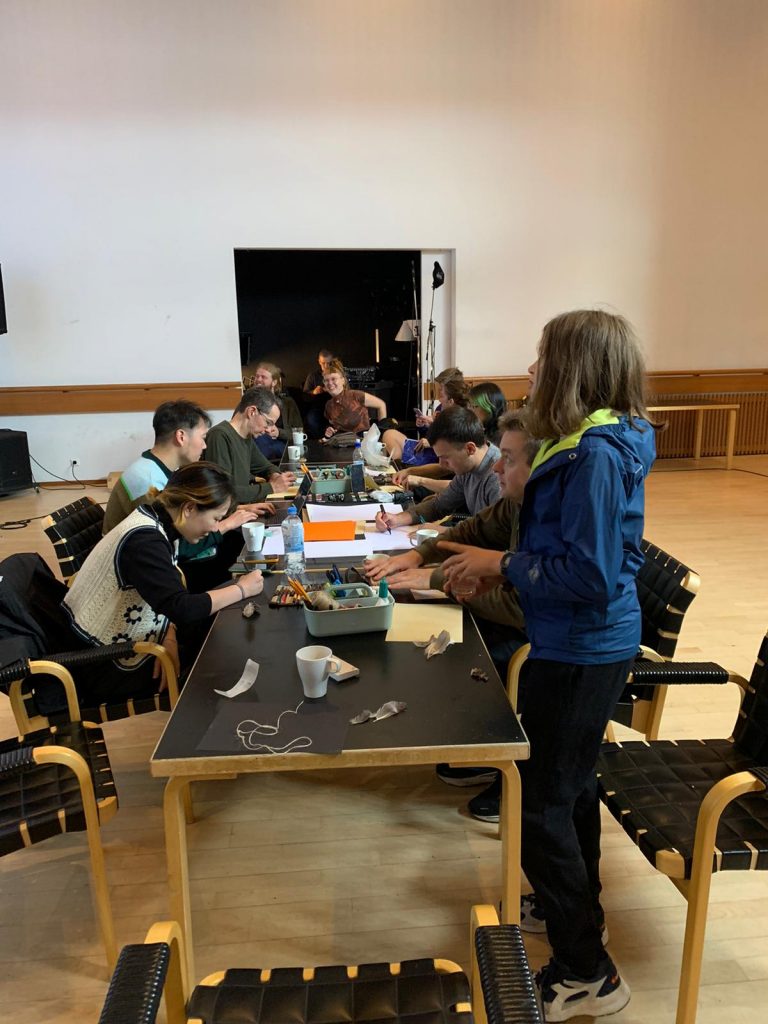 The second workshop that took place at the Nordic House was Sensory Networks workshop, held by Hyeseon Jeong and Seongmin Yuk as part of The Backpack of Wings: Modern Mythology. The project speculates on the future usage of bird-tracking data. Through a science-fiction film, Jeong and Yuk imagined a future scenario of birds as natural disaster sensors, and looked into the entanglements of those predictions with historic East Asian disaster myths. The artists perceive the Sensory Networks workshop as a way to “balance the imaginative world and the real world. Because we are more working in imaginary storytelling, we are more used to film making and fantasising, the workshop is more focussed on the bird itself.” After imagining a science fiction world within their film, the workshop focuses on the fiction of grasping the inner world of a specific bird, following the migration route of an existing white stork called Jonas, and exploring the shared struggles of scientists and artists to grasp the bird’s perspective from a human point of view. Jonas was born in 2013 in Germany, where he spends his summers. The artists found that “originally he flew up to the African continent, but at a certain season he decided to stay in Israel at a dump site. Now he is using this dump site as his wintering location. When the winter was over, it took him 23 days to fly from Israel back to Germany.”

As part of the workshop, participants imagined what it would be like to be Jonas at each location of his route, where the bird stayed for more than 24 hours. Through asking participants to imagine these scenarios and embodiments,  Jeong and Yuk say that they “could run how human activity could affect the bird, his migration route, his habitat, his behaviour” from a human point of view. The stories and imaginations that came up within the workshop will become part of their upcoming installation at the Driving the Human festival. “We are currently working on our future scenario, which will be even further in the future as our previous science-fiction film. It is about a world of animal network systems, a programming earth and looks into imaginations on how we could use animal tracking data for the earth or the animals.”