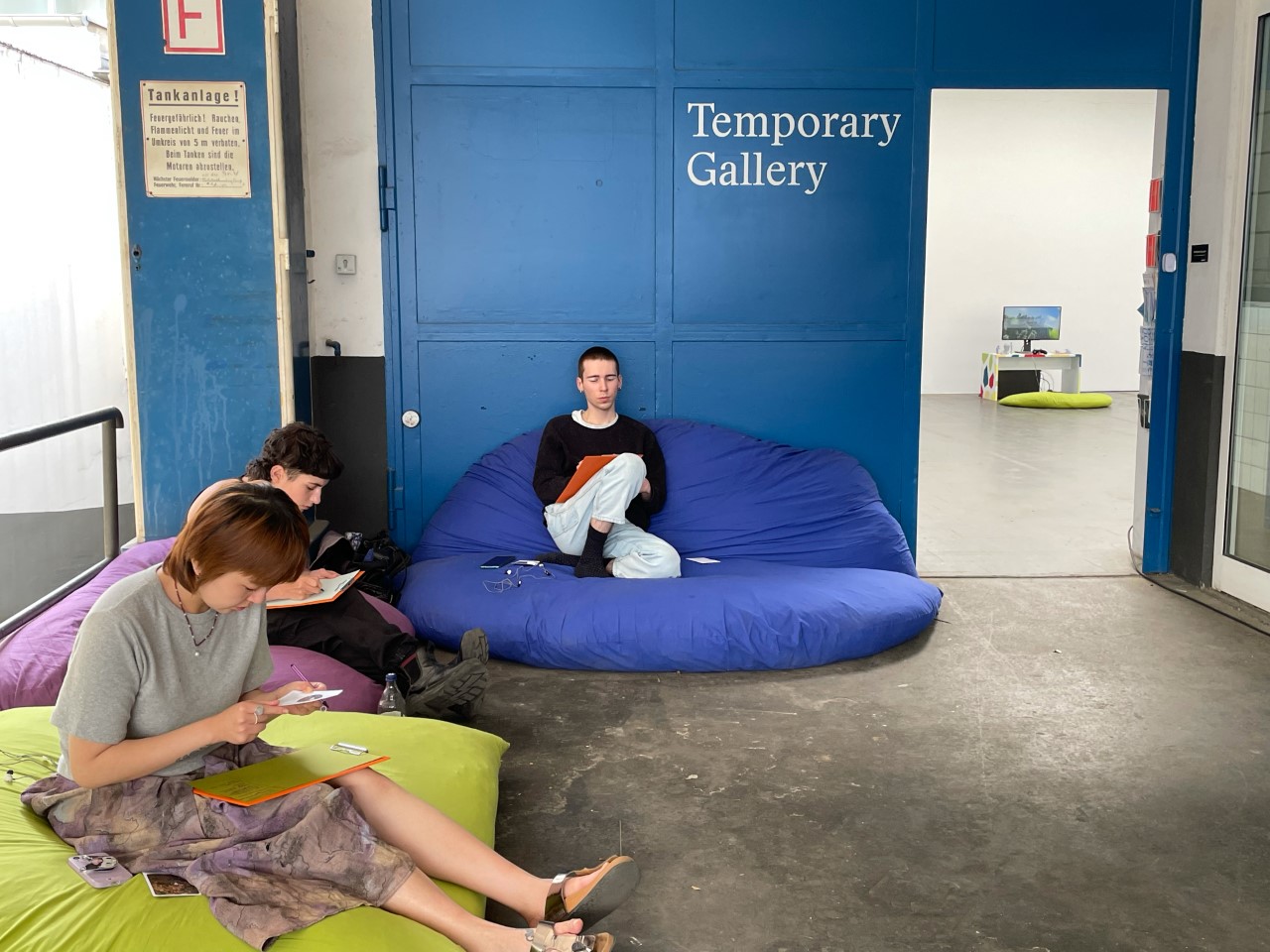 At Temporary Gallery in Cologne, Hyeseon Jeong and Seongmin Yuk showed their sci-fi movie The Backpack of Wings and hosted a workshop format narrating the migration route of a white stork, aiming to create relations with non-human agents.

Science fiction unfolds worlds in relation to a present moment, imagining dimensions not yet tangible. The artists Hyeseon Jeong and Seongmin Yuk work with animal tracking data, first imagining the future usage and implications of this data and now speculating on the inner worlds of the tracked birds. Their sci-fi film The Backpack of Wings: Modern Mythology marked the beginning of their artistic speculations on bird tracking technology. The apocalyptic world they imagined merged East Asian natural disaster myths with contemplations on the future role of animal tracking data in the context of insurance companies. The Backpack of Wings was recently part of the group exhibition Talk To Me. Other Histories of Nature that took place between May 4–June 2, 2022 at the Temporary Gallery in Cologne. The exhibition looked into the objectification of animals, such as in contexts of natural history museums, and counteracted narratives of distance and abstraction by focussing on storytelling.

Over the past year, Jeong and Yuk have tracked the movements of Jonas, a white stork on his migration route from Israel to Germany, over Turkey and Slovakia. They noted all the locations where the bird stayed for more than 24 hours and started collecting material which would contextualise the sites. Jonas spent the winter months at the Dudaim landfill site in Israel, paused at the Neve Eitan Fish ponds in Israel and at agricultural land between Hama in Syria and Hatay in Turkey. From there, he took off to another landfill site in Istanbul, Turkey and did a last stopover in Lacková, Slovakia. His residence for the summer months is a bird sanctuary in Drömling, Germany where he will nest and breed until August. The vast scope of these sites led the artists to question which factors become relevant to the bird for choosing a certain territory. It also initiated speculations on the experiences and perceptions the bird might have made at a certain location. Around these contemplations the artists build the workshop format Sensory Networks, which Jeong and Yuk described as an attempt “to build up a relation with the non-human by developing narratives.” The workshop focuses on imagining the inner world of the bird they tracked, transforming his data points into stories. The first workshop took place at the Xoda Ateliers in Cologne, the second one became part of the exhibition program around Talk to Me. Other Histories of Nature. 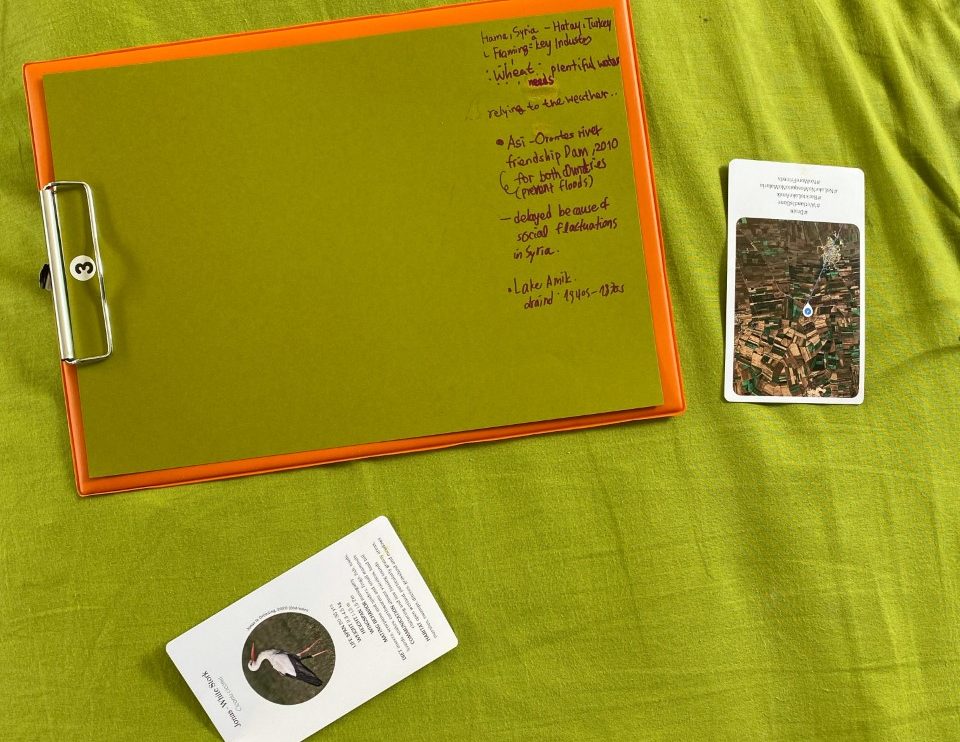 Sensory Networks opened up with a science-based fiction, an autobiographical monologue of Jonas that aimed to foster the mental transformation of the participants into a white stork. Via QR codes on cards assigned to each transit location, each workshop participant then gained access to a small media archive to, as Yuk and Jeong phrase it, “explore the space through geographical data, videos, texts and soundscapes.” Neve Eitan in Israel, a landscape of fish ponds, marked the second transit point on the white stork’s migration route. Videos and a satellite map reveal the artificial geometry of the water reservoirs and further articles frame these ponds as a government project to protect commercial fish farms within the area. Further documents dive into the sonic weapons used at the fish farms and landfill sites to control the birds, others show the perspective of the owner of a commercial fruit farm who tries to eliminate the birds.

After immersing themselves in the material, the artists invited the participants to imagine “what Jonas might have sensed there.” In the next phase of the workshop these imagined sensations were assembled through writing a story, which considered the inner world of this specific white stork in relation to his surroundings. After the solitary writing session, the participants introduced themselves to the group as “imagining being born into another species”, recall Yuk and Jeong. Collectively, they mapped sensations, emotions and affects to create a story that connects the various transit locations from Israel to Germany. The artists remember how “some really tried to advocate for Jonas, tried to criticise the human” and how other participants were “admitting the change of the environment, which is formed by the human, and tried to come up closer.” 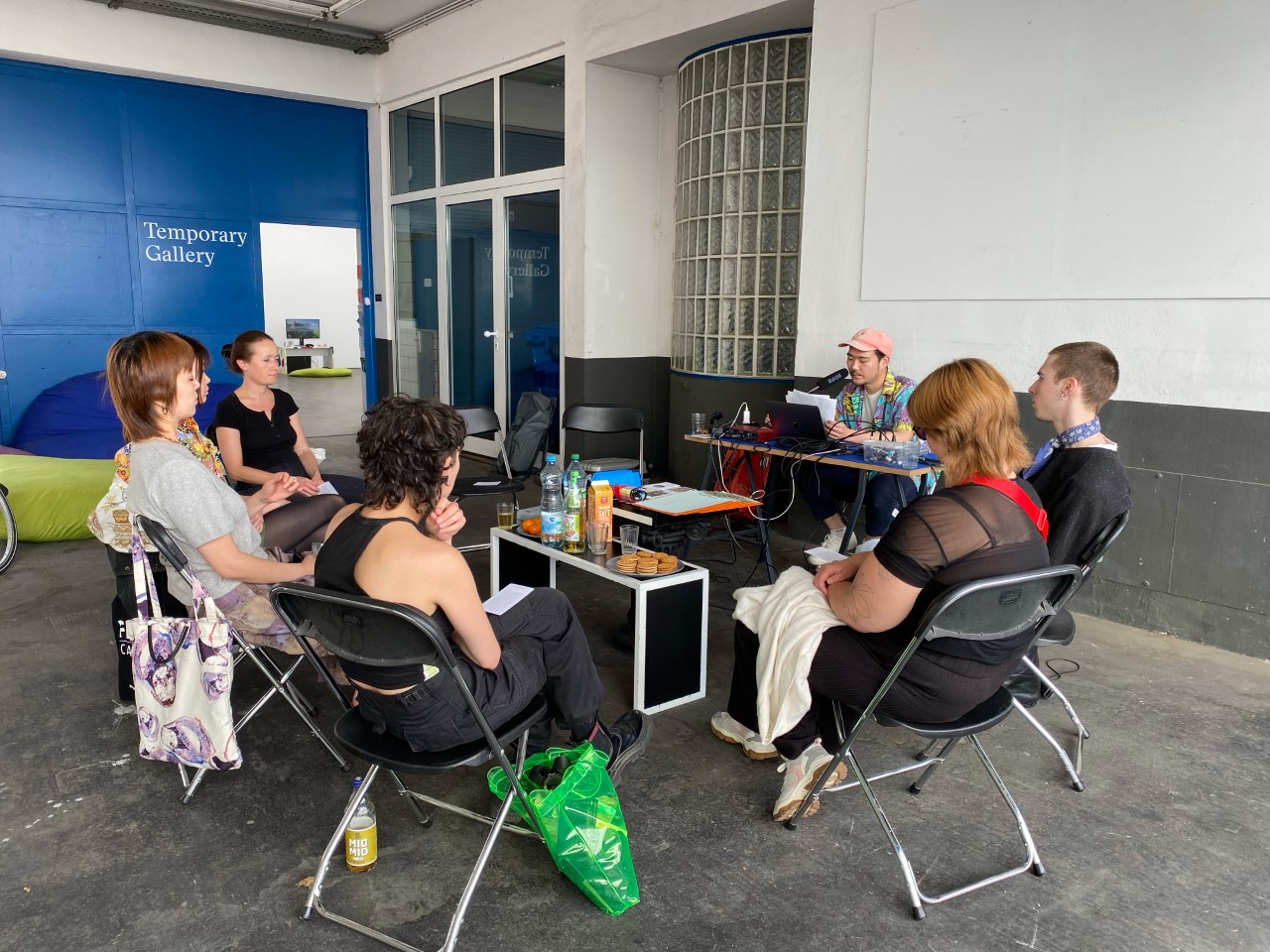 In July, Jeong and Yuk will meet with Wolfgang Fiedler and Andra Flack from the Max Planck Institute of Animal Behaviour, specialists in white storks, movement ecology and collective migration. With a collection of stories developed within the workshops, the artists aim to document the response of the stork experts to these fictionalised narratives. All these different perspectives and stories will be artistically rendered by Jeong and Yuk who are working on a web-based platform that will work as a public archive. The platform will also be named Sensory Networks and display diverse narratives around the bird’s perspective on his migration route.

Sensory Networks narrates the migration route of one white stork as well as contouring how humans shaped the landscapes he moves through. Landfill sites, artificial water reservoirs, agricultural farms and bird sanctuaries all imply a human presence that altered his habitats. Through speculating on the perceptions, factors and life worlds of other species that inhabit these landscapes, we become more attuned to the scope of consequences their shifts imply. Jeong and Yuk summarise how “in all stories, there was the trail to perceive the human-formed environment from Jonas perspective” as well as a “strong reflection on how we as humans can build up a relation with Jonas.”