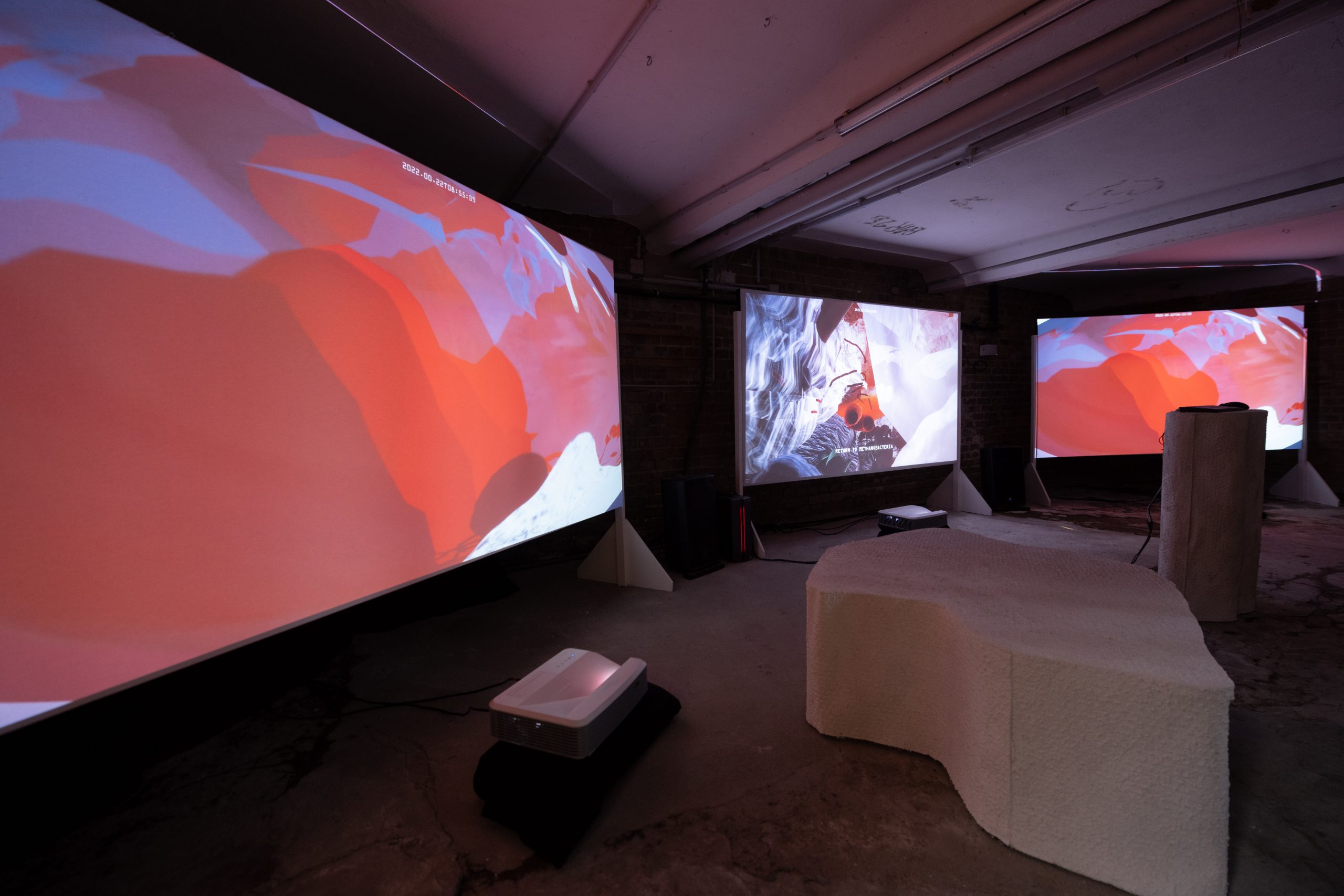 Following the presentation of Monsters and Ghosts of the Far North last October in Berlin, Andra Pop-Jurj and Lena Geerts Danau discuss how their project allows for a different connection to the messy, disorienting present we’re entangled in, alongside many nonhuman actors.

“The colours of the lens you’re looking through change from dark blue up until fully red, meaning the temperature is rising. The depth of your eyesight differs going from very clear up until blurry, representing the increasing carbon levels.” This heating blurred vision is tied to the perception of an Arctic ice island, within a game by AlternaA (Andra Pop-Jurj and Lena Geerts Danau). Monsters and Ghosts of the Far North aims to speculate the mapping of a landscape within the Arctic Ocean from perspectives that are not human.

Imagine yourself as an ice island, moving 10 meters a year or only perceiving sounds ranging from 1-10KHZ. The mapping in Monsters and Ghosts of the Far North is focused on the agents inhabiting the landscape, not the national borders drawn from bird’s eye view. Along the vertical axis, it allows you to situate yourself within seven species: an Arctic cod (sea level), a machine (above sea level), a reindeer (land), the ice itself, a methanobacteria (underneath the surface) and the Arctic tern (air). Each offers a world along the axis with various velocities, life spans and embodiments.

Over the course of this year, AlternA are collaborating with Arctic researchers to analyse overlapping datasets between those species and script them into a game narrative. Through storytelling and poetic immersion they hope to create relations to often abstract datasets, creating more emotional connections to this shifting region. 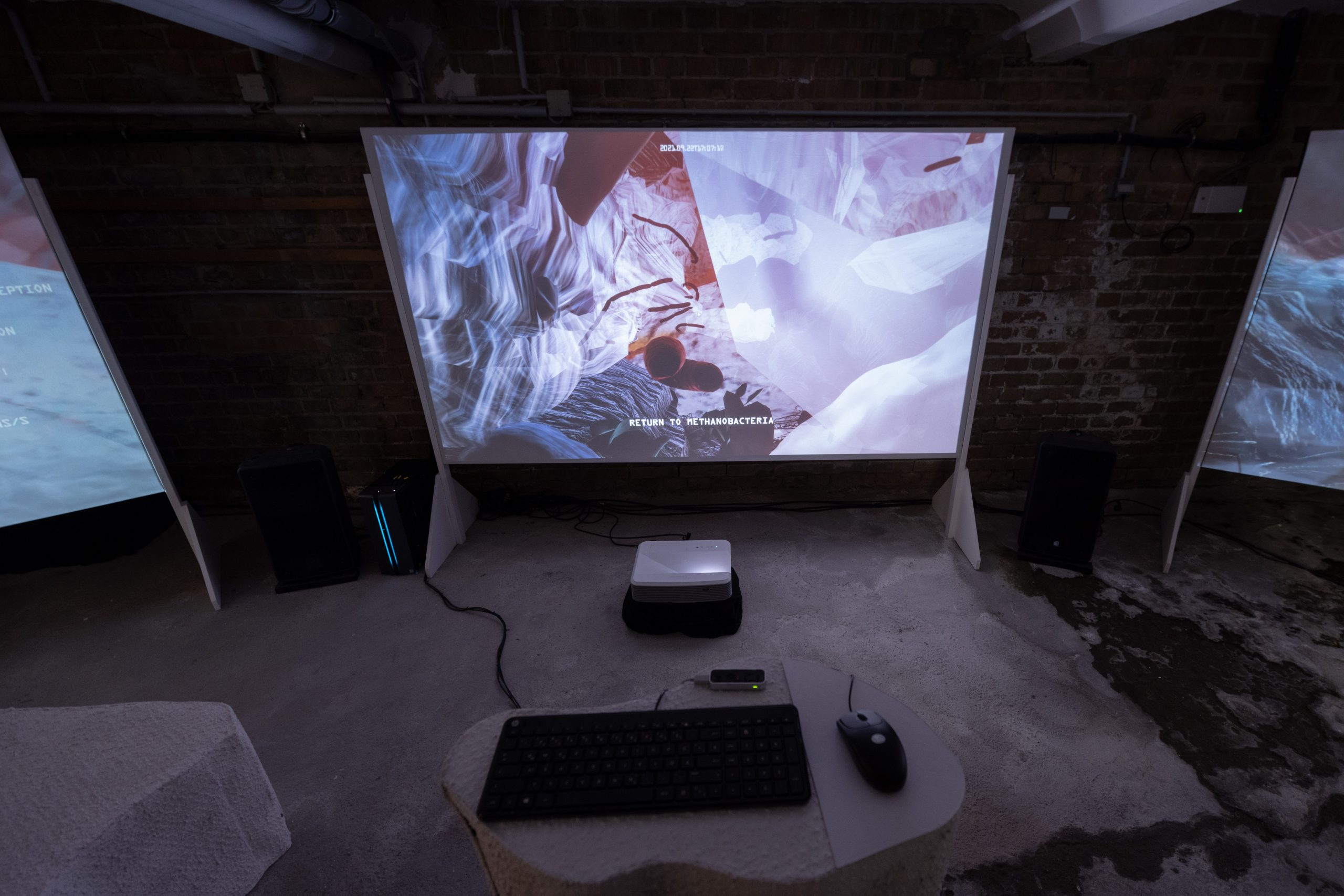 They presented the first prototype of this game at last October’s event Driving the Human: 21 Visions for Eco-social Renewal, introducing the idea, the characters, and the landscape. Within a cinematic experience, the visitors were able to move as three different species and read the landscape through their sensory perception. Through a first video demo, the user was able to fly with the Arctic tern and, like them, see the landscape through a lens of UV vision (indicated through blue and violet overlays). The visitor could also move within the habitat of a methanobacteria or impersonate an ice sheet. But this axis of worlds is not static, their habitats are overflowing as a coordinated system – the species interact, their worlds overlap through events. As one of these overlaps, the artists describe “the shipping routes that are generating so much noise that as a consequence the territories of the fish change, which in turn influence the breeding grounds of the Arctic tern depending on the melting of the ice, which again turns back to the first shipping routes”. 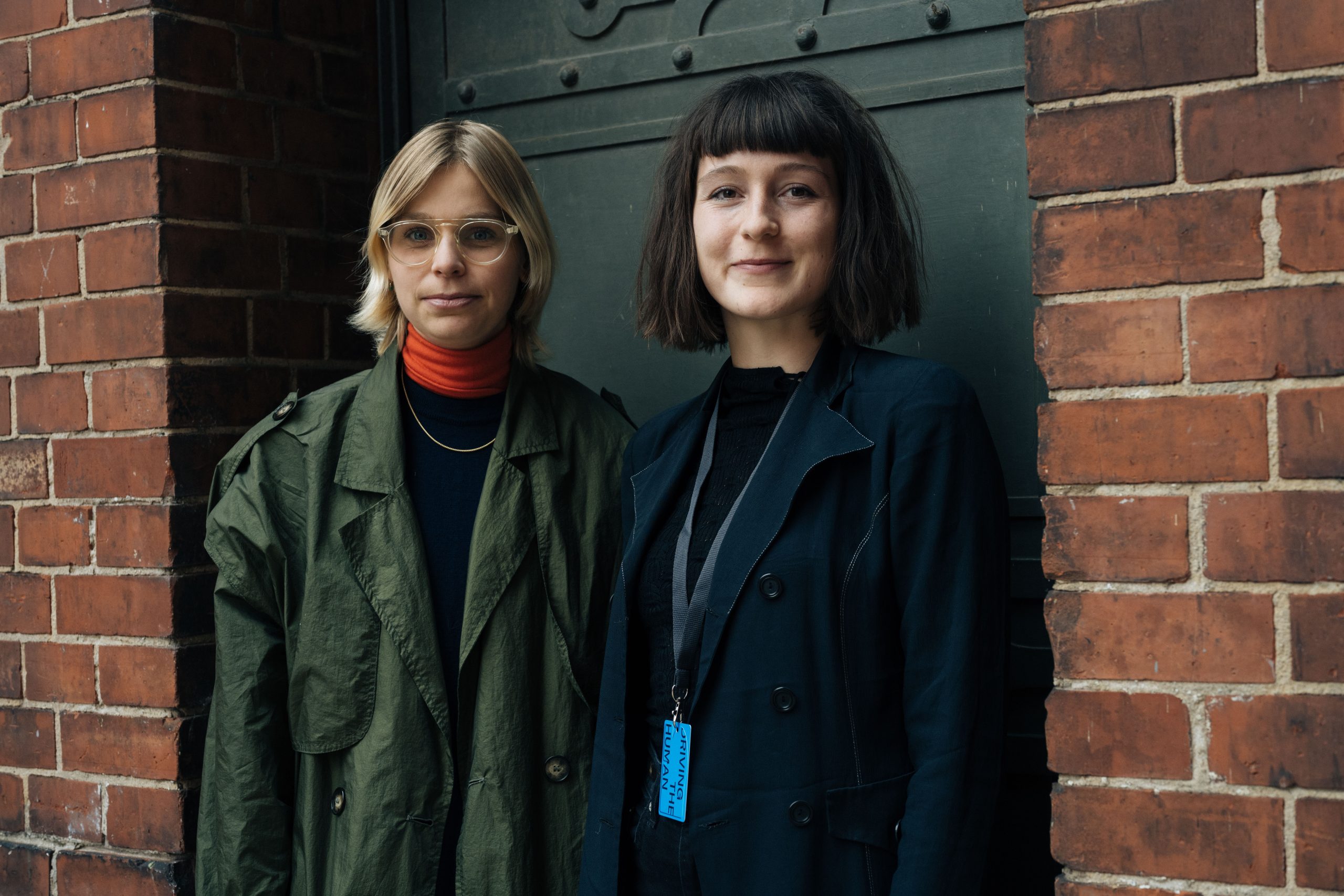 Parameters of grasping this landscape are relationships, sensory bodies and movements. The game won’t be driven by the user’s action, but will be focussed on noticing things happening around you and speculating the perspectives of non-human agents. “You will have the chance to switch between the characters when their storyline interacts. Doing this you will move from under the water to up in the air or on the sea surface or even underneath the soil.” But these interactions are driven by the environment and events occurring within it, not the player of the game. As such, AlternaA are aiming to tap into “forces that will generate an immersive and possibly disorienting feeling”. The duo is shifting the mapping of the Arctic landscape from fixed borders into a sensory, blurred vision focusing on multiple perspectives. One will be able to experience this landscape not as an object that can be outlined, but in a way that allows an immersion with the messy, disorienting present we’re entangled in, alongside many nonhuman actors.