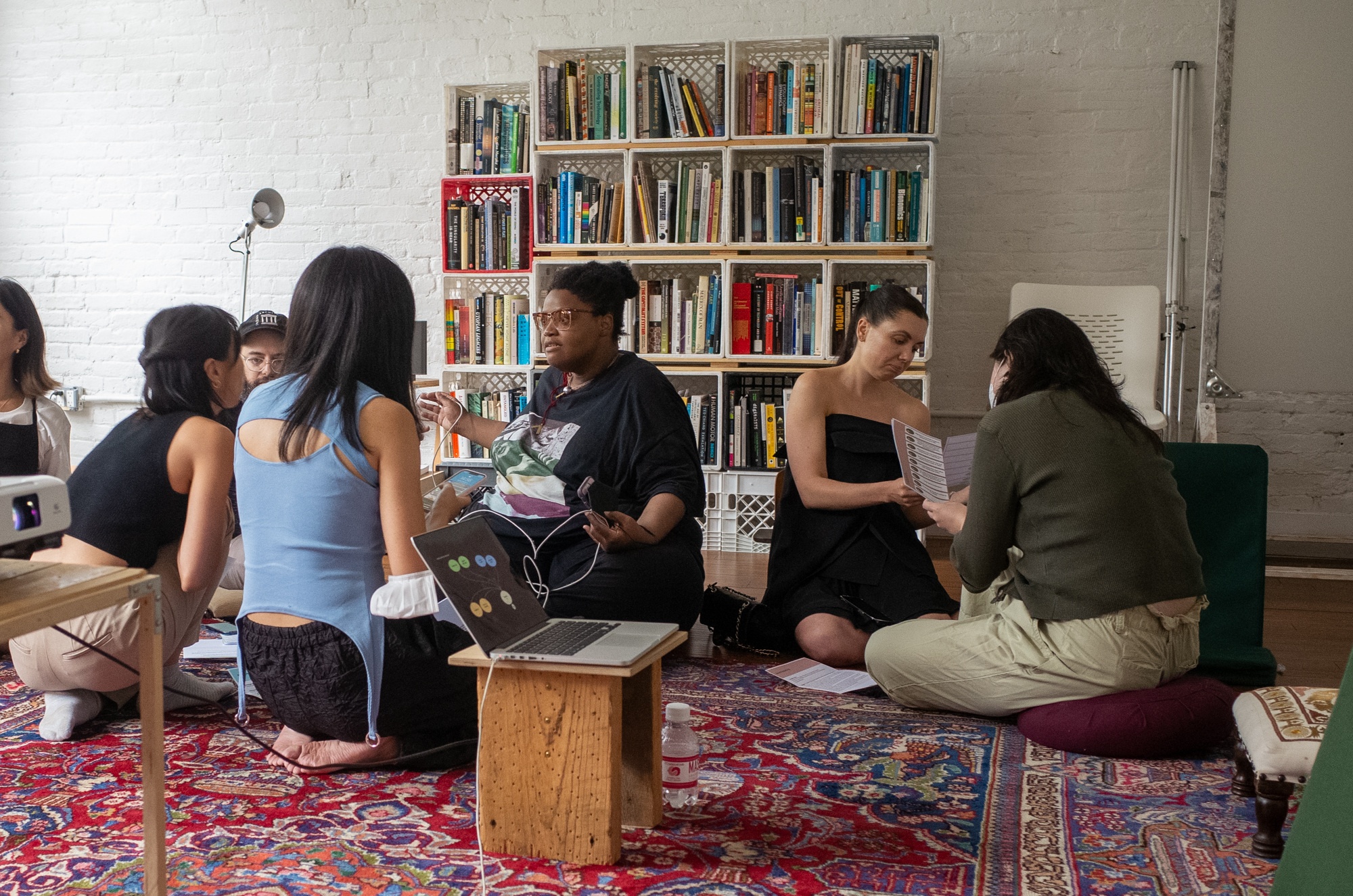 Participants in conversation at the Symbiotic AI workshop at the Cybernetics Library, hosted within the space of Prime Produce

“Our home, the Kia forest, is a 1’200-year-old forest rich in biodiversity and home to 100+ species regarded as important for conservation. Only ten percent of the forest remains, and the remaining is threatened by climate change.” The Kia forest is the world in which Iris Qu曲晓宇 and Chao Hui Tus AI symbiosis workshop is set. During a three hour roleplay, participants discussed the changing forest ecosystem from the perspectives of seven nonhuman characters. One of these fictional characters is the Weather AI, an algorithm located within a data center in direct proximity to the Kia forest. The AI predicts two climate scenarios affecting the whole ecosystem, forecasting the weather for the upcoming spring and summer seasons. Over three hours, workshop participants embodied these seven characters, collectively imagining ecosystem implications caused by these climatic changes.

The warming climate will cause spring to arrive early, followed by at least 10 frosts from March through May. This means a longer growing phase for biotic factors and more soil moisture is lost through evapotranspiration. The Aquatic milkweed is out of sync with the butterflies, which makes reproduction and feeding difficult. The Hedgehog emerges early from his hibernation, when the food supply is low. At the same time the data center increases CO2 emissions, increases its water usage, generates large amounts of heat and releases chemicals into the water.

The algorithm’s spring forecast predicts a scenario that touches the living conditions of all of the seven characters: English Oak, Aquatic Milkweed, Monarch Butterfly, Common Hedgehog, Foliose Lichen, Mycorrhizal Fungi and the Weather AI. Each workshop participant was assigned one of these characters and received a card with a QR code through which they could access an are.na board. The board contained their characters’ backstory, goals, abilities and struggles that would become important during the roleplay. The Weather AI was defined by characteristics like a lifespan of 15-20 years, a performance of 4’000 trillion calculations per second, or through access to a global archive of human knowledge and information. The English Oak featured a lifespan of over 500 years and adaptability to drought and high pH levels, as well as a support system for around 2’300 species. All seven characters were also entangled in symbiotic relationships of predator and prey, producers and decomposers, all connected through a common ecosystem. The Mycorrhizae Fungi provides habitat for the lichen algae, the algae provides carbon energy for the whole system. After learning about the framework of their world and their character’s placement within it, the participants embodied each role. Each character introduced themselves to the group from a first-person perspective, making their species’ worldview and imagination tangible. After the announcement of the spring forecast, the characters came together in groups of four, each including an AI character. They discussed how the spring’s climate would affect their ecosystem as a whole, the symbiotic relationships between the characters, and the position of the AI within the system. After this initial discussion, all groups came together in a Forest Meeting to collectively find ways to protect the system as a whole. Some of the ideas included the creation of artificial trees by combining the AIs capabilities with the anatomy of the English Oak tree, or to use an artificially-generated voice to lure the Hedgehogs into the shade of the trees. After the spring forecast, the group replayed the structure now considering the summer forecast of the AI, which predicted a drought and heatwave. 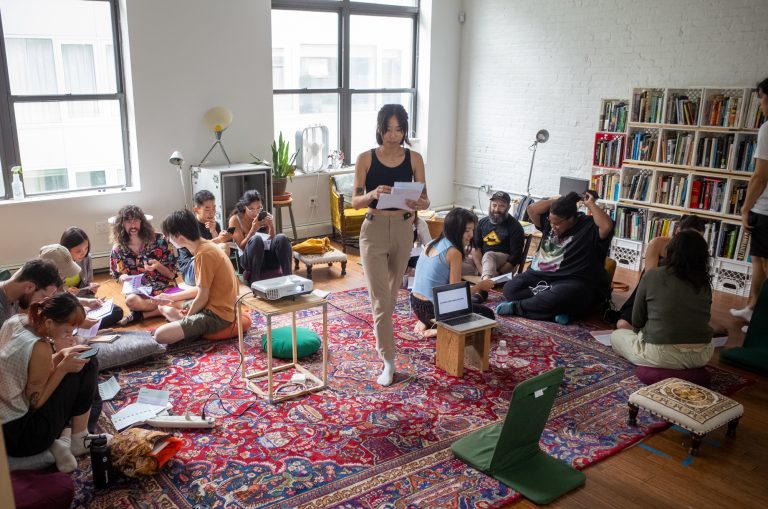 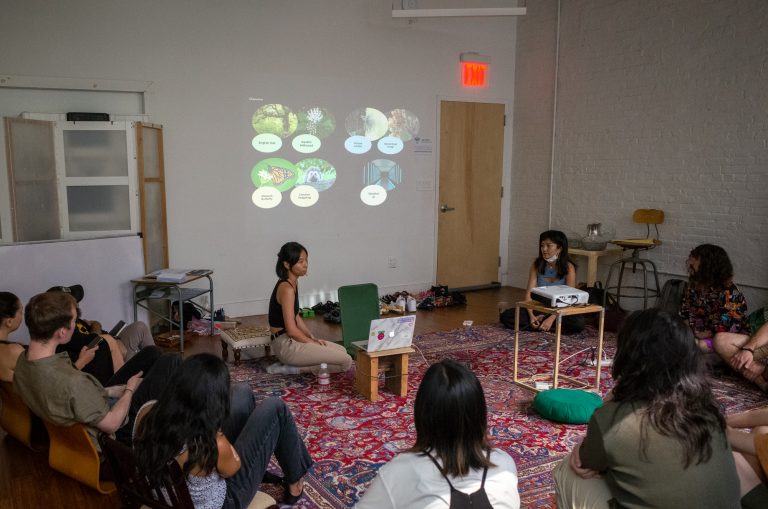 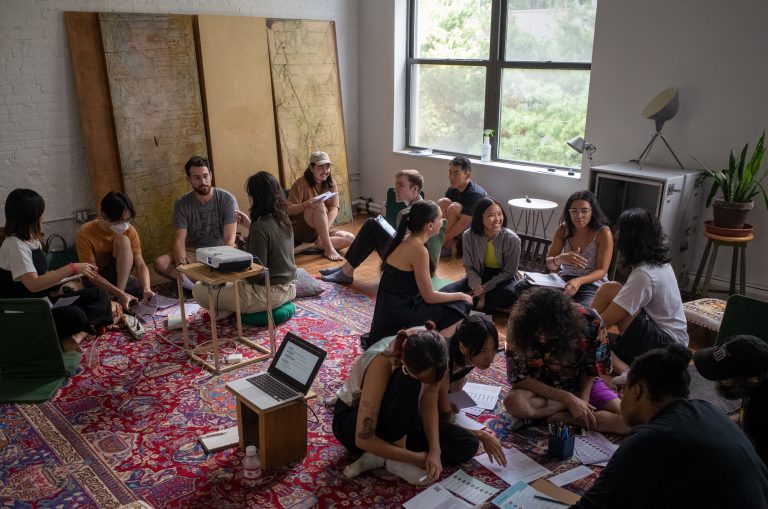 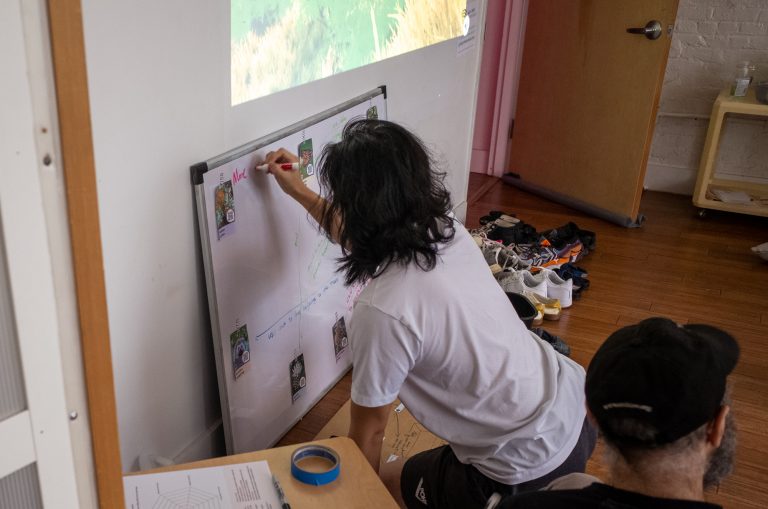 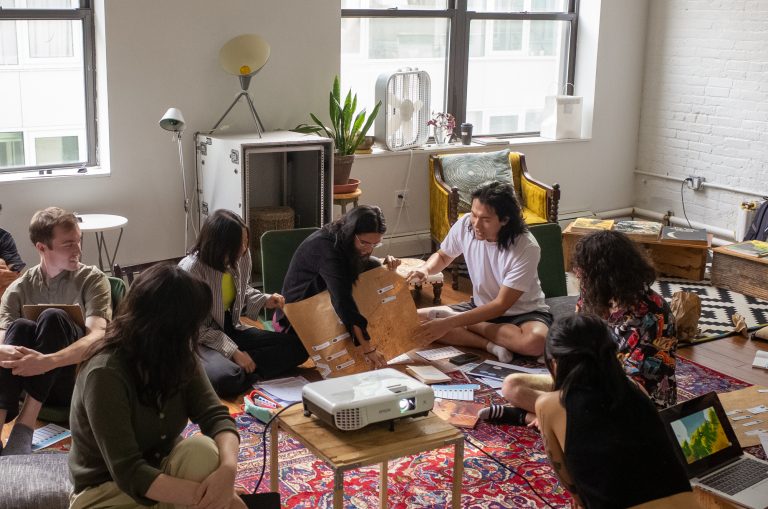 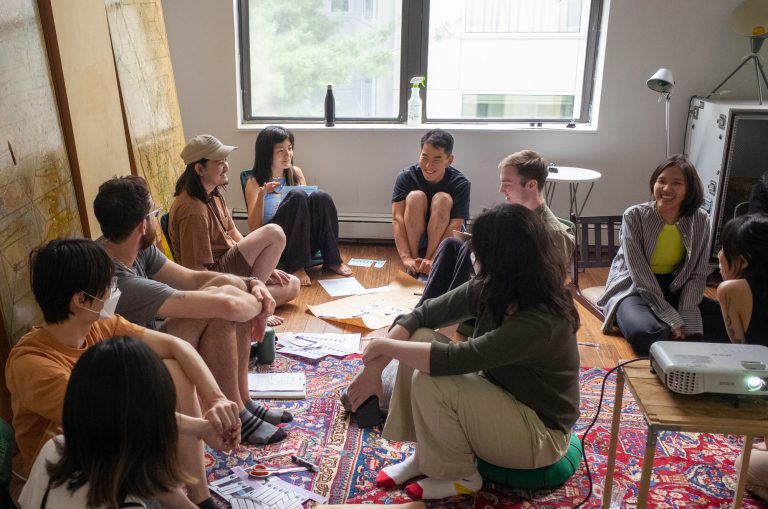 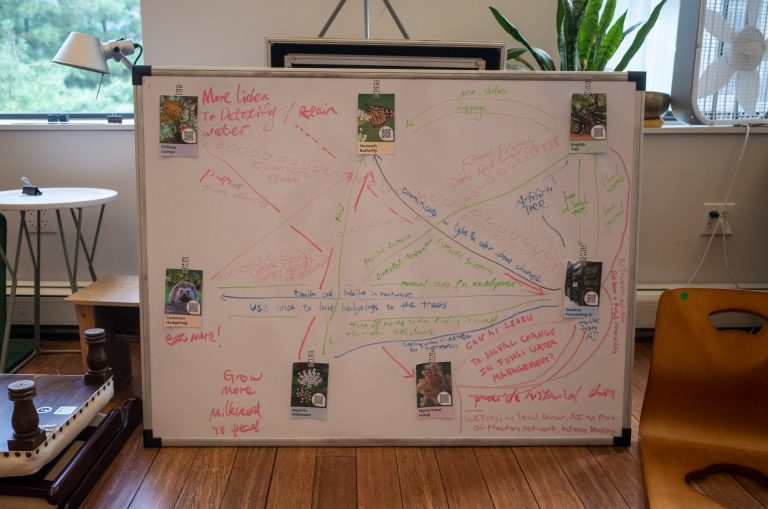 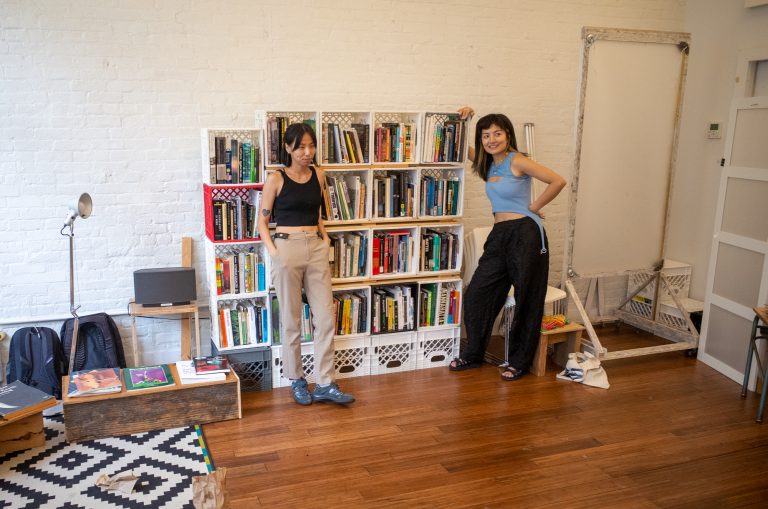 Iris Qu曲晓宇 and Chao Hui Tu introducing into the workshop

Iris Qu曲晓宇 and Chao Hui Tu at the Cybernetics Library

Iris Qu曲晓宇 and Chao Hui Tu introducing into the workshop

Iris Qu曲晓宇 and Chao Hui Tu at the Cybernetics Library

The workshop allowed participants to think through an ecosystem affected by shifting climate conditions, while discussing these changes tied to seven nonhuman perspectives. The participants played through the possibilities of symbiotic relationships between animals, plants and technology and imagined new ways of facing increasingly unstable weather conditions. The artists are now working a zine to allow anyone to recreate the workshop. The zine will function as a toolkit, including game instructions, character cards and backstories. Based on the roleplay and conversations that arose within the workshop, Iris Qu 曲晓宇 is also working on a Unity simulation. The simulation will translate some of the characters, stories and ideas that evolved during the workshop into a Unity environment. The result will be displayed as part of her installation at the upcoming Driving the Human Festival, taking place from November 25-27 at silent green in Berlin. At the festival Qu and Tu will also host another version of the Symbiotic AI workshop.