Where do we live? Where can we land?

The second part of our Opening Festival explored the complex and fragile layers of life on the planet. 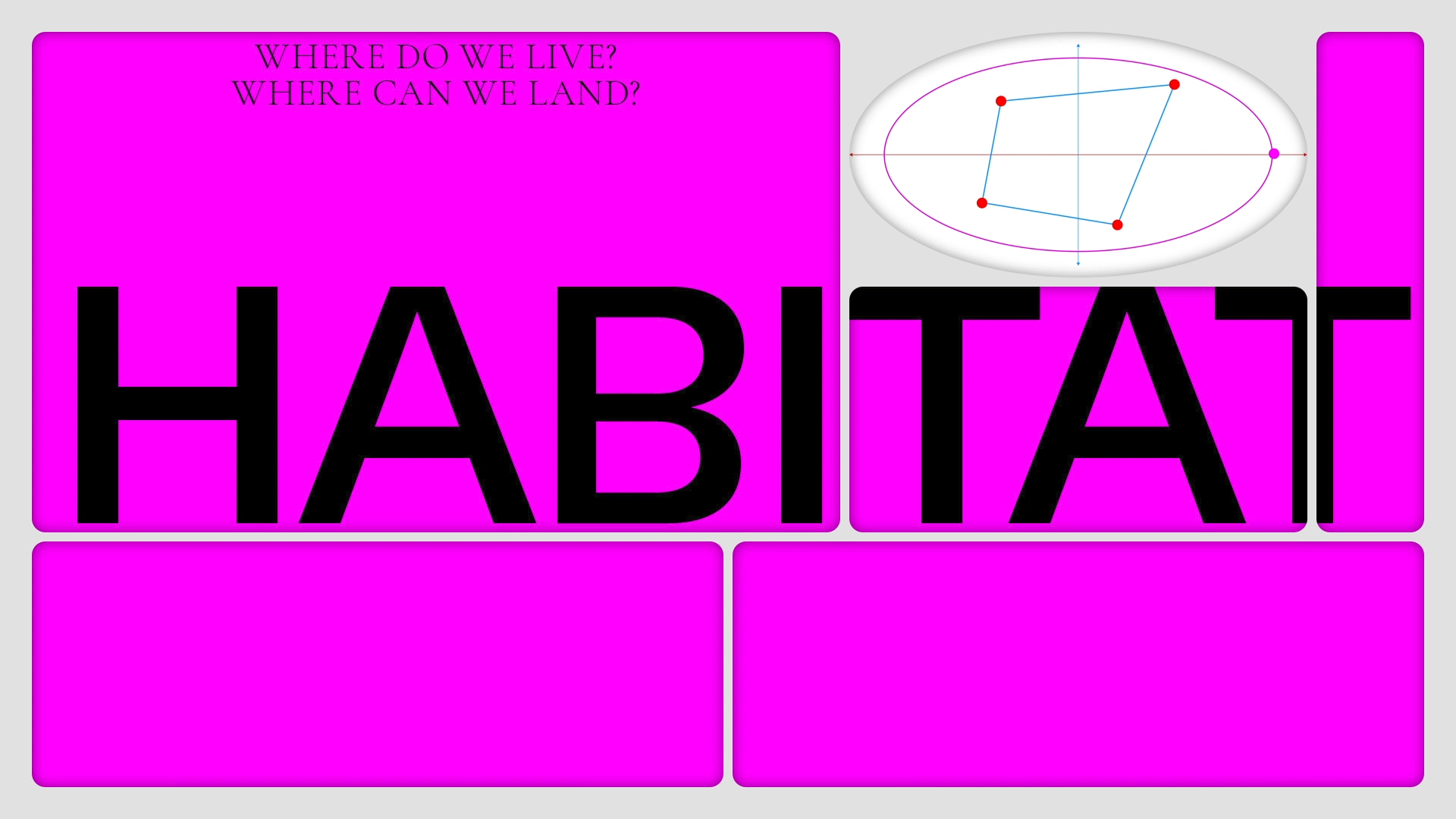 The second theme of the Driving the Human Opening Festival, titled Habitat, explores how we, human, can learn how to live within the Critical Zones. The section also shows us that to face the critical situation of the earth means to engage with our Habitat from different perspectives. The speakers were asked to critically think and reflect on the existential threat to our collective conditions of existence and reply with their own visions to questions like: Can we engage with our habitat in other ways? And can we work together to become more “terrestrial”?

The section was introduced by a conversation between Julijonas Urbonas, artist, designer, researcher, engineer, and founder of the Lithuanian Space Agency, and Jan Boelen, rector at the Karlsruhe University of Arts and Design. They are working together on an installation called “Planet of People” which will be presented at the Venice Architecture Biennale 2021, consisting of the study of a planet made entirely of human bodies, a space without gravity. Urbonas highlighted how the project, in times of an “imagination crisis”, aims to push imagination to the extreme, becoming “cosmic imagination”, an imagination liberated from terrestrial bias. In the context of architecture, the Lithuanian artist wants to change the perspective of the human as the center of architecture and invites the imagination of other perspectives, such as habitat without humans or humans without habitat visualized through 3D simulations, and a human body scanner. Urbonas and Boelen’s conversation was followed by a performance from the Lithuanian Space Agency, “Rehearsing a planet made of human bodies”, which shows an imaginary planet formed by human bodies that are floating in space and start to attract each other through gravity.

The Opening Festival continued with a panel discussion moderated by Sabine Faller, artist, and media educator at ZKM, and featuring Frédérique Aït-Touati, historian of literature and modern science and theatre director; Guillaume Pitron, journalist, author and documentary filmmaker; and Alexandre Monnin, philosopher and scientific director of Origens Media Lab. The guest speakers shared different ideas and perspectives on the urgencies of our time and how the habitat we inhabit is affected. The audience was invited to participate in the discussion and engage with the different speakers through the Driving the Human Telegram group.

“If we would like to land without crashing[…] we need to renew our gaze, we need to change our point of view, we need to find new ways of representing the earth we live in, not from above but from the Critical Zone”
Frédérique Aït-Touati

Artists Gediminas and Nomeda Urbonas then gave a lecture on their project “The Swamp Observatory”, which they define as the essence of the complex relationship with our environment. The artists have worked with swamps and see them as a source of inspiration for artists and for humans. This section of the Opening Festival ended with an interactive performance by Viven Tauchmann “Self-As-Other-Training: Smartphone (2)” where the audience was invited to participate by following her movements.

If these ideas inspire you, we invite you to join the Driving the Human project with your own concept and visions for shaping sustainable and collective futures, by applying to our Open Call that is open until April 9, 2021.