What is Human? Have we ever been human?

Until now, the Western-centered categorization of the world has always been based on the human perspective since the Enlightenment. From the observation of subatomic elements to the examination of the whole universe, being is categorized through the human lens. 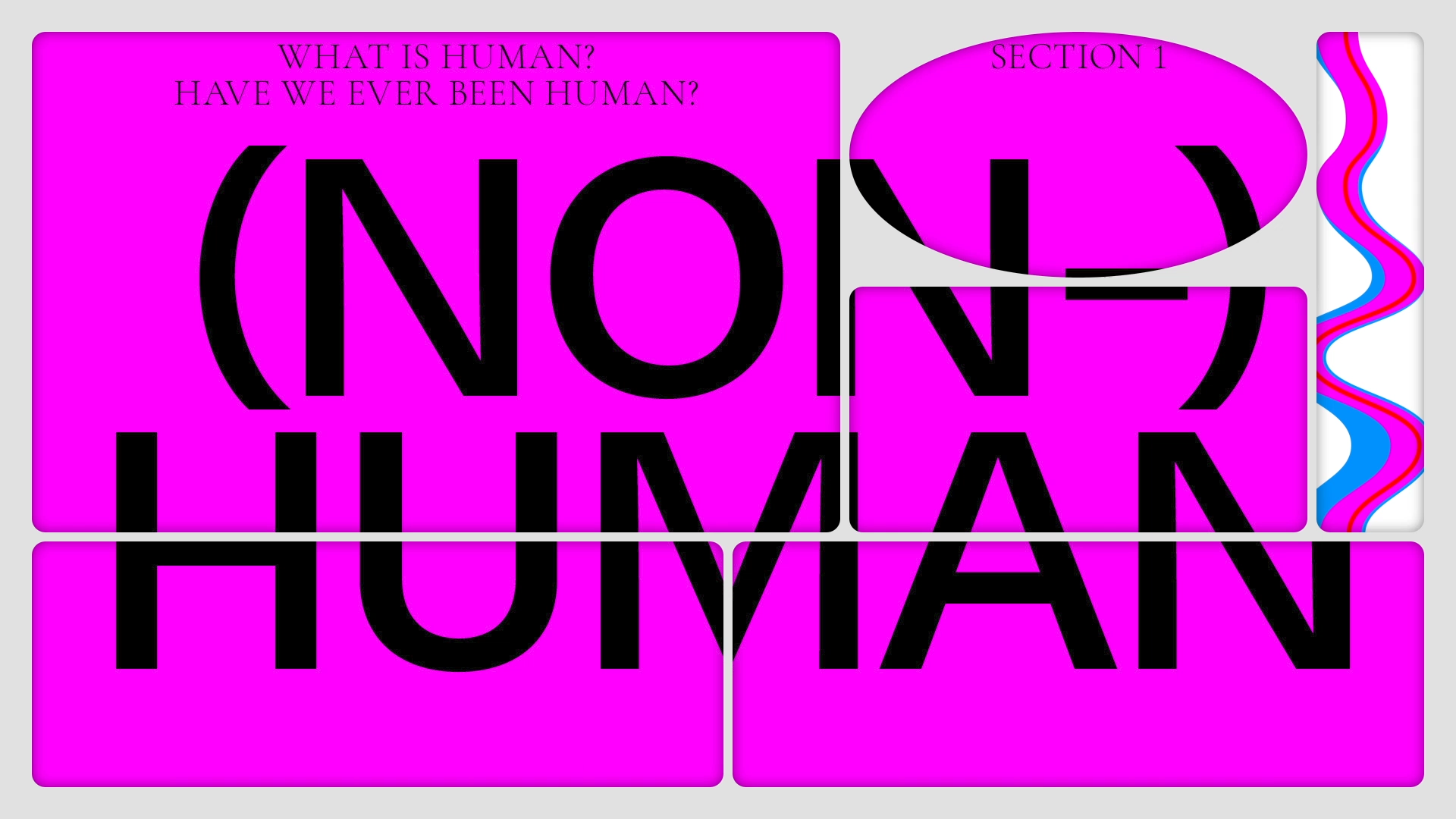 However, the world is not as abstract as human divisions suggest, for example, humans and animals, culture and nature, organic and non-organic. In fact, we are deeply interconnected with other-than-human lifeforms, with non-living matter as part of biochemical processes or other entities that shape life on this planet. This panel thinks beyond traditional categories and embraces the complexities of the (Non-)Human by exploring posthumanism, transhumanism, and the relation and interconnectedness between human and non-human entities.

“Let us say we do not need to slow down. We need to take time” Alexandra Pirici

The Driving the Human Opening Festival was broadcast worldwide via a live stream accessible to all from Friday, November 20 to Sunday, November 22, 2020. Some hours after the workshop “There Are Biocomposites Growing in My Garden” by Kim André Lange and Bio Design Lab on Saturday, the first section of the event began. The theme of this section was (Non-)Human and started with a lecture of Alexandra Pirici that she called “Future ground: A movement-lecture on nurturing different sensibilities, pleasures, and collaborations with land”. In this lecture, Pirici took us with her on an nature exploration and talked, while walking and filming her steps, about progress and growth in a world of speed.

Pirici’s lecture was followed by the Opening Festival’s first panel discussion, moderated by Lena Reitschuster, researcher and student at the Karlsruhe University of Arts and Design. The different panellists who participated and shared their visions on the (Non-)Human were Joanna Bourke, social and cultural historian, Bogna Konior, writer and scholar and Cary Wolf, writer and university professor respectively based in China, Greece, and in the US. Located in three different time zones, the three thinkers discussed their definition of “human”, and explored questions such as “Are we human? And what does it mean to become human?”. The discussion included reflections around global warming, climate change and the impact of the current pandemic on us humans. The audience was invited to react to the discussion and engage with the speakers through our Telegram Group by asking questions and commenting. This first section of the Opening Festival ended with a Film screening of Jenna Sutela’s  2018 piece nimiia cétiÏ.

The recordings of the full event are now available on the ZKM Website for you to watch! If you liked the ideas discussed during our Opening Festival and would like to be part of Driving the Human with your own concept and visions for sustainable and collective futures, we invite you to apply to our Open Call, which welcomes proposals until April 9, 2021.