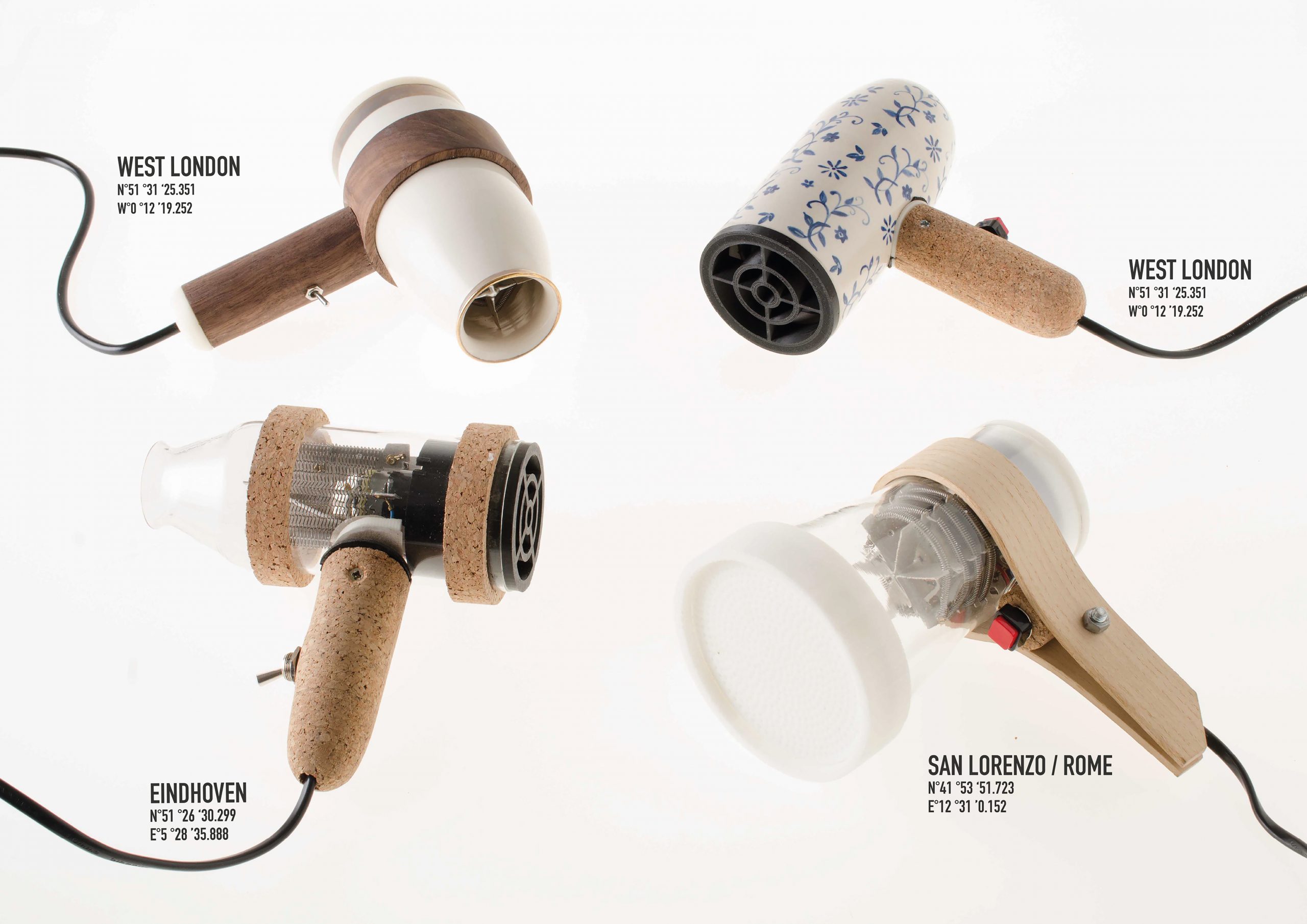 We envision a world in which machines take care of repetitive mass production, while the humans are dedicated to non-alienated uplifting labor. Therefore, by enjoying the great digital and analogue tools that are available, we make the objects we need.

Diving into every municipality’s living networks of peoples, materials, and processes, we connect and prototype new local supply chains for ordinary objects. In fact, to play the contrast between the global and regional scales, we organize a constellation of activities around each new production. Therefore, we organize production tours, workshops, and classes in collaboration with the local players in production. Such events address whoever wants to know more about how objects are made and actually experience their making process. The objects become portals to many kinds of knowledge, from places to craftsmen, from materials to processes.

Superlocal‘s potential is to expand the local economy and raise awareness within the local communities of what is on their doorstep. Now we are stepping into a new phase, which implies a more medium/long-term vision. In fact, we are going to prototype the first Superlocal offline production hub. Such a place will coordinate the local production lines, which are activated in the neighborhood and will also function as a center for organizing activities, workshops, and classes reaching out and in direct contact with the town’s existing networks. We would like to test and prototype such a model as it is a scalable system that can be implemented elsewhere.

The hub, displayed here in a 1:25 model, works as a mediator between the citizens and the town production/craft networks. On the tablet you can navigate the producers we have already mapped in Turin, Italy. We believe that by building a stronger bond between the human and the material spheres, the project encourages a more sustainable development for humans. 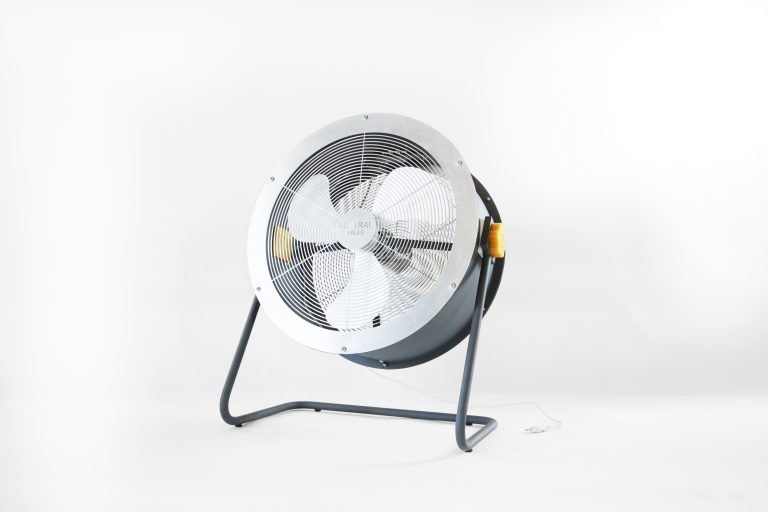 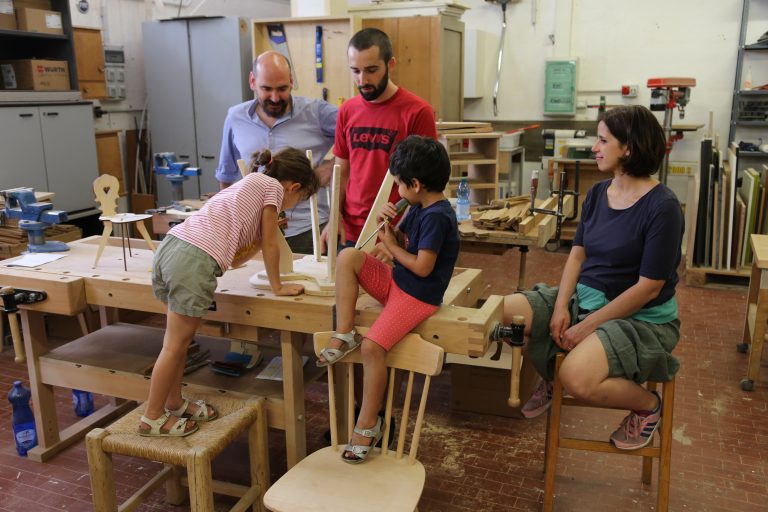 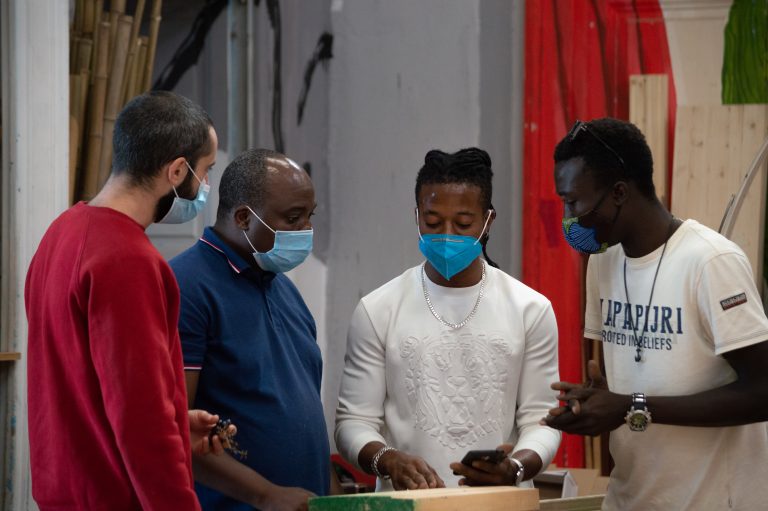 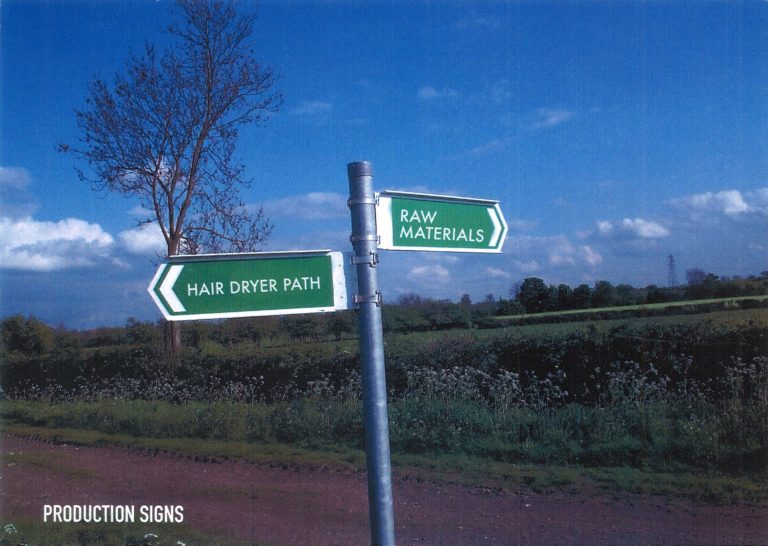 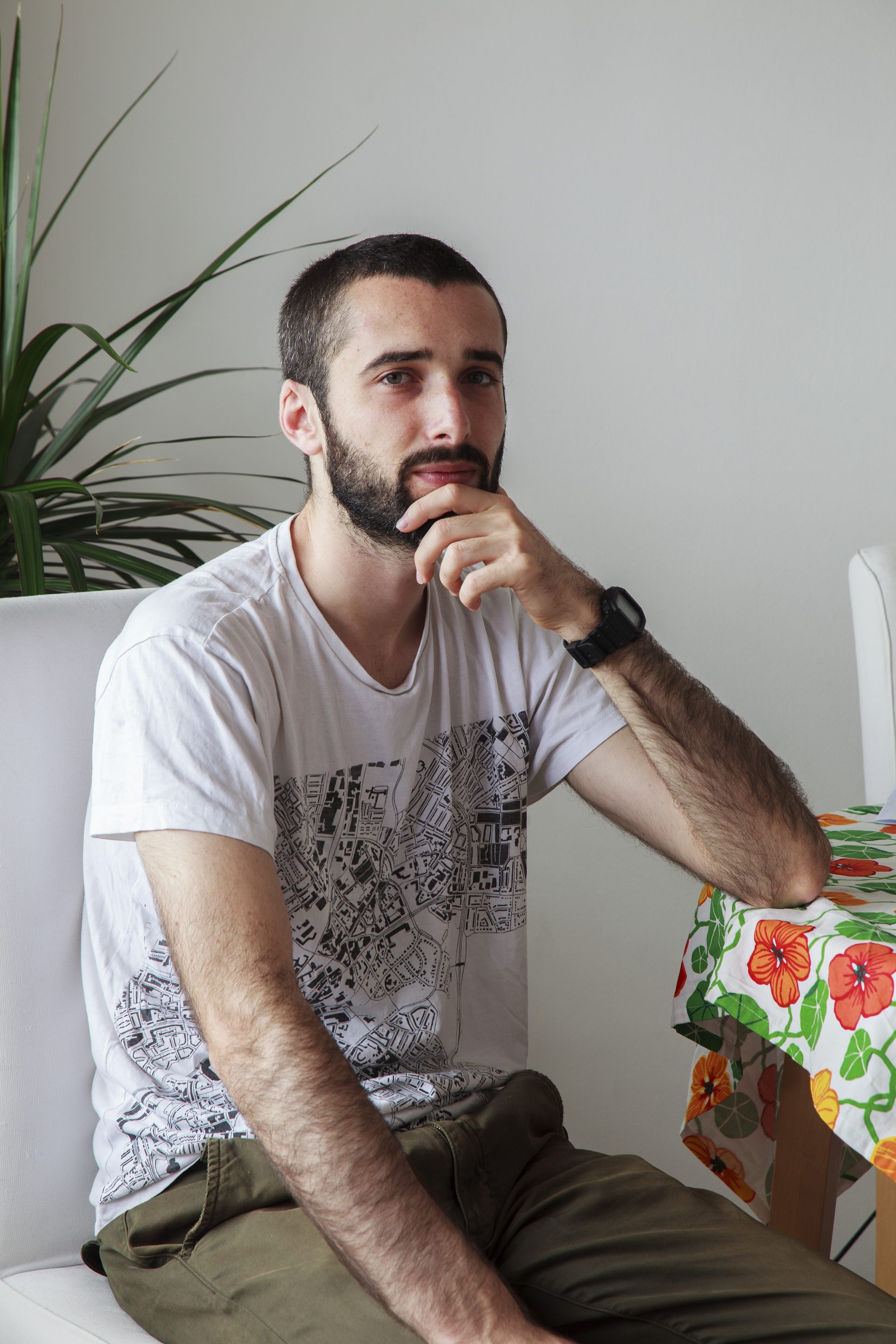 Andrea de Chirico was born in Rome and is based in Turin (IT). He holds an MA in Social Design from Design Academy Eindhoven and a BA in Industrial Design from ISIA in Rome. His work focuses on the intersection between conventional, traditional and modern making. He designs tools, systems and objects with social and environmental awareness, always linked with a rigorous analysis of the context. His practice is open and accessible, creating a platform to connect with different groups internationally, remodelling everyday products for different contexts.
Appointed as researcher at Free University of Bolzano from 2016 to 2019 and Designer in Residence 2016 for the Design Museum in London, Andrea’s work has been exhibited in international design fairs and museums, the Design Museum in London, the Triennale Design Museum, and Z33 House for Contemporary Art among others. De Chirico lectures in various universities and institutions such as University of Bolzano, NABA, University of West England, New Designers in London and Design Connections by the British Council.