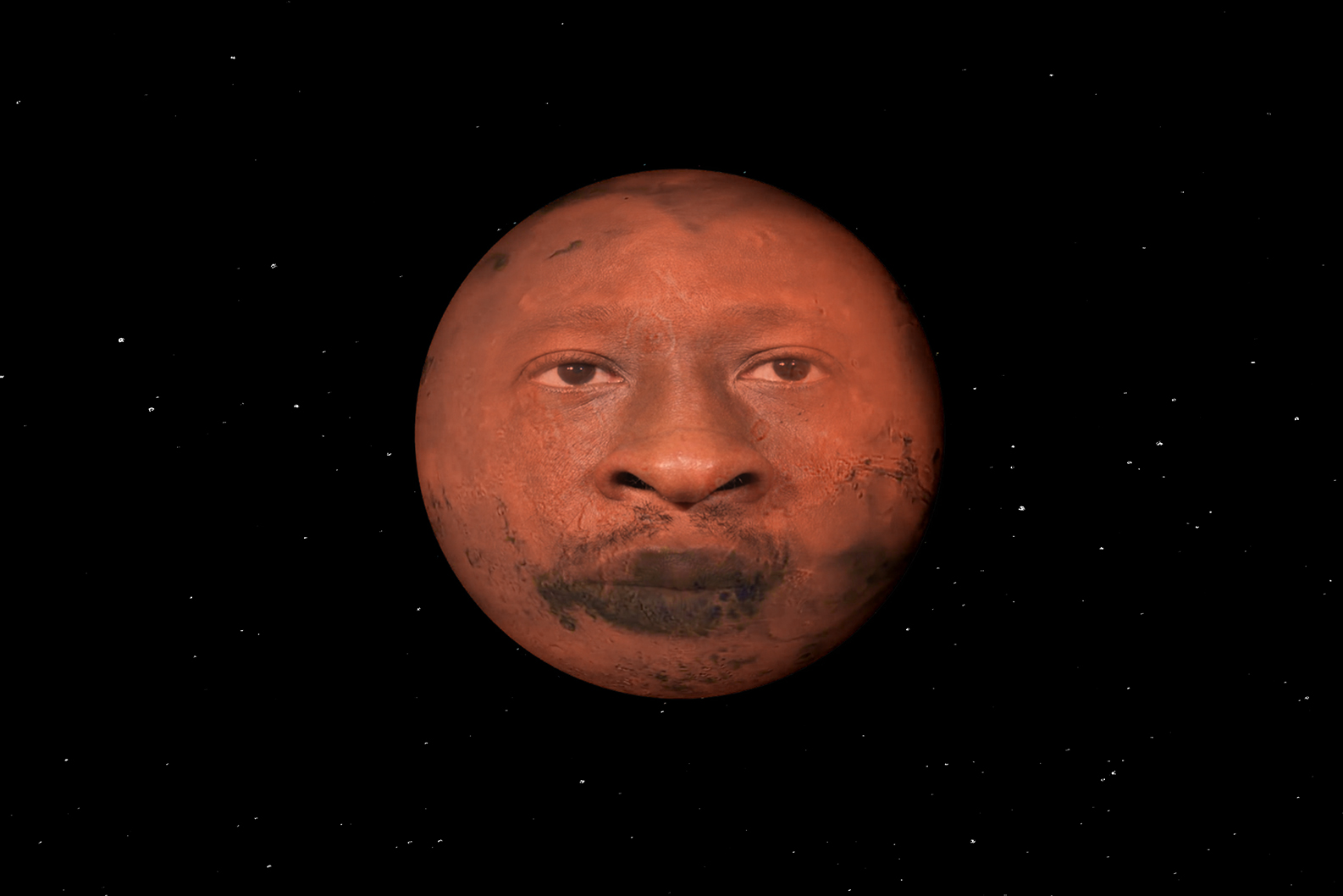 Planetary Personhood is an interplanetary campaign pursuing radical space decolonization, to explore ways of not destroying yet another planet. The project proposes independent legal personhood for the entire planet Mars, and considers the possibility of solidarity with the entities already there—the stones! Can we be kind to a planet even without “life”?

Initiated by Studio Nonhuman Nonsense, Planetary Personhood proposes A Universal Declaration of Martian Rights, calling for an end to biocentrism and a rejection of extractivist frontierism on Mars. With independent personhood, Mars would be owned by Mars. Any decisions regarding Martian matters would ultimately be taken by Mars, a new legal entity with rights protected in a Martian constitution. Inspired by the “Rights of Nature” movement and Indigenous cosmologies on Earth, the project suggests that the direct communication of the will and intention of Mars could be deferred to a group of human guardians striving to uphold Mars’s fundamental rights; Mars has the right to be Mars. The Mars Guardian Council would think deeply about how to harbor harmonious relations on Mars, and may consider and give expression to Martian Mana; the sensitive perception of an intentional spiritual force.

Seeking to move away from the dualistic divide between living beings and inanimate matter, the declaration recognizes all the native inhabitants of Mars as Martians. On Mars, everyone and everything is born a Martian and all Martians are born free and equal in dignity and rights. All Martians are interdependent sobjects and should be approached in a spirit of curiosity and humility. Experimenting with how this thinking would collide with Earthlings and their institutions, the project seeks citizenship for a Martian meteorite currently residing on Earth—Allan Hills 84001.

Allan left Mars by the impact of another meteor, roamed the solar system, and finally landed on the International Continent of Antarctica, where he established first contact with humans on December 27, 1984. After careful study by scientists, Allan was found to carry the fossilized remains of primordial bacterial colonies that were interpreted as evidence of “life” on Mars, which in 1996 led the United States President Bill Clinton to recognize Allan as an alien messenger. Even though the wider scientific community later rejected the hypothesis, there is still not a scientific consensus on what defines “life.”

Planetary Personhood therefore welcomes Allan as part of a Martian delegation attempting to challenge our institutional systems of categorization. In dialogue with contemporary thinkers, Planetary Personhood is developing a Martian Mindset, a system of morals not centered around human or biological exceptionalism, but instead on presences, absences, and form. 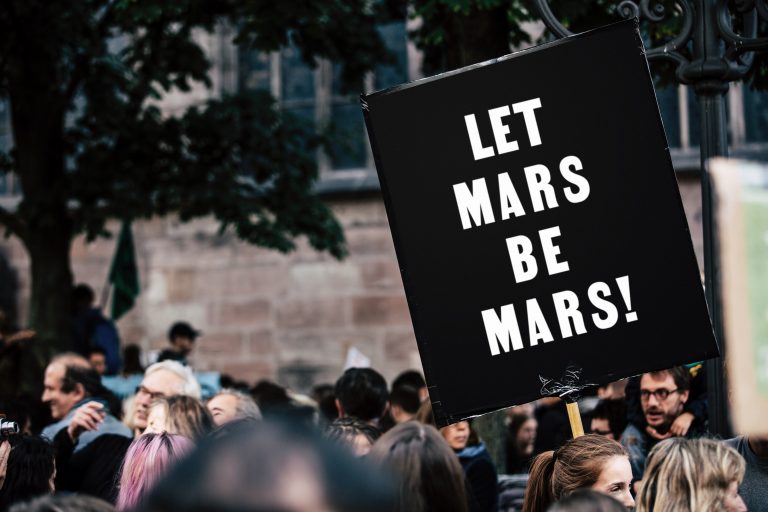 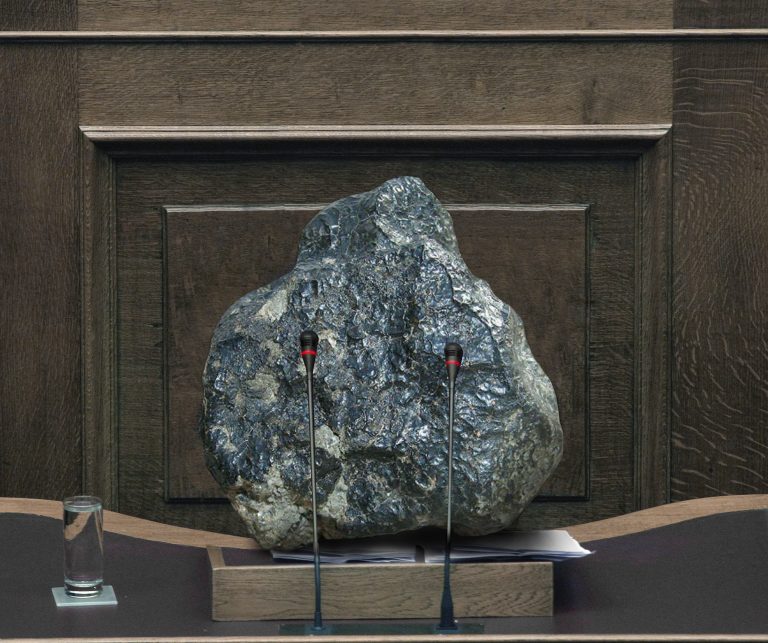 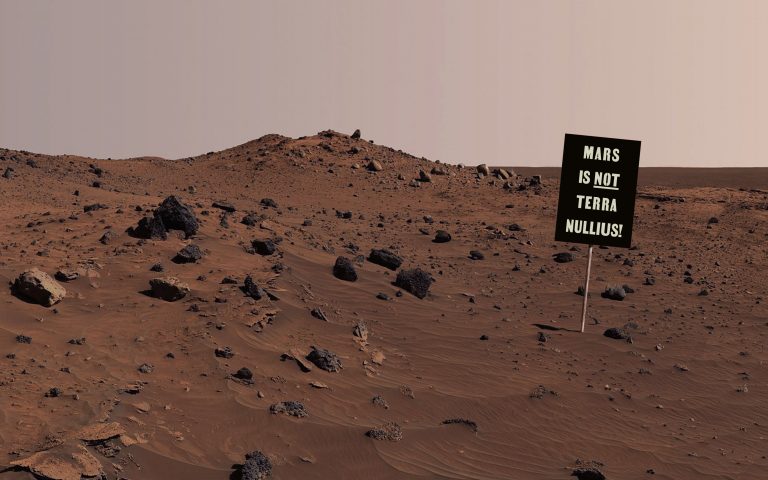 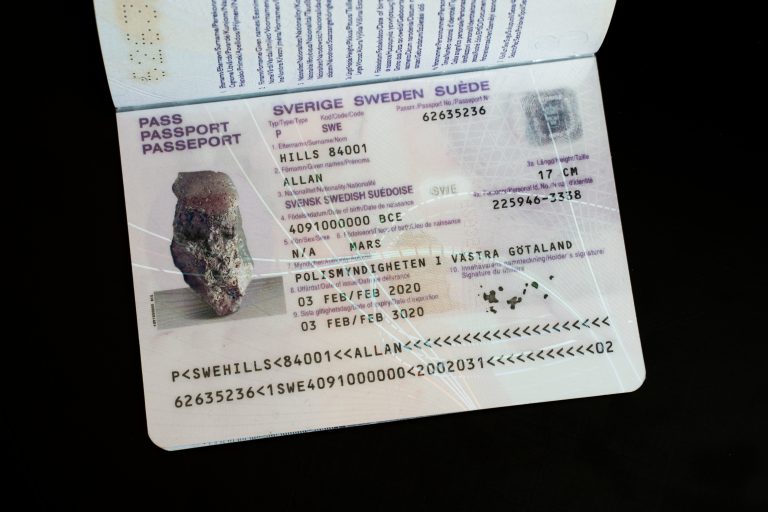 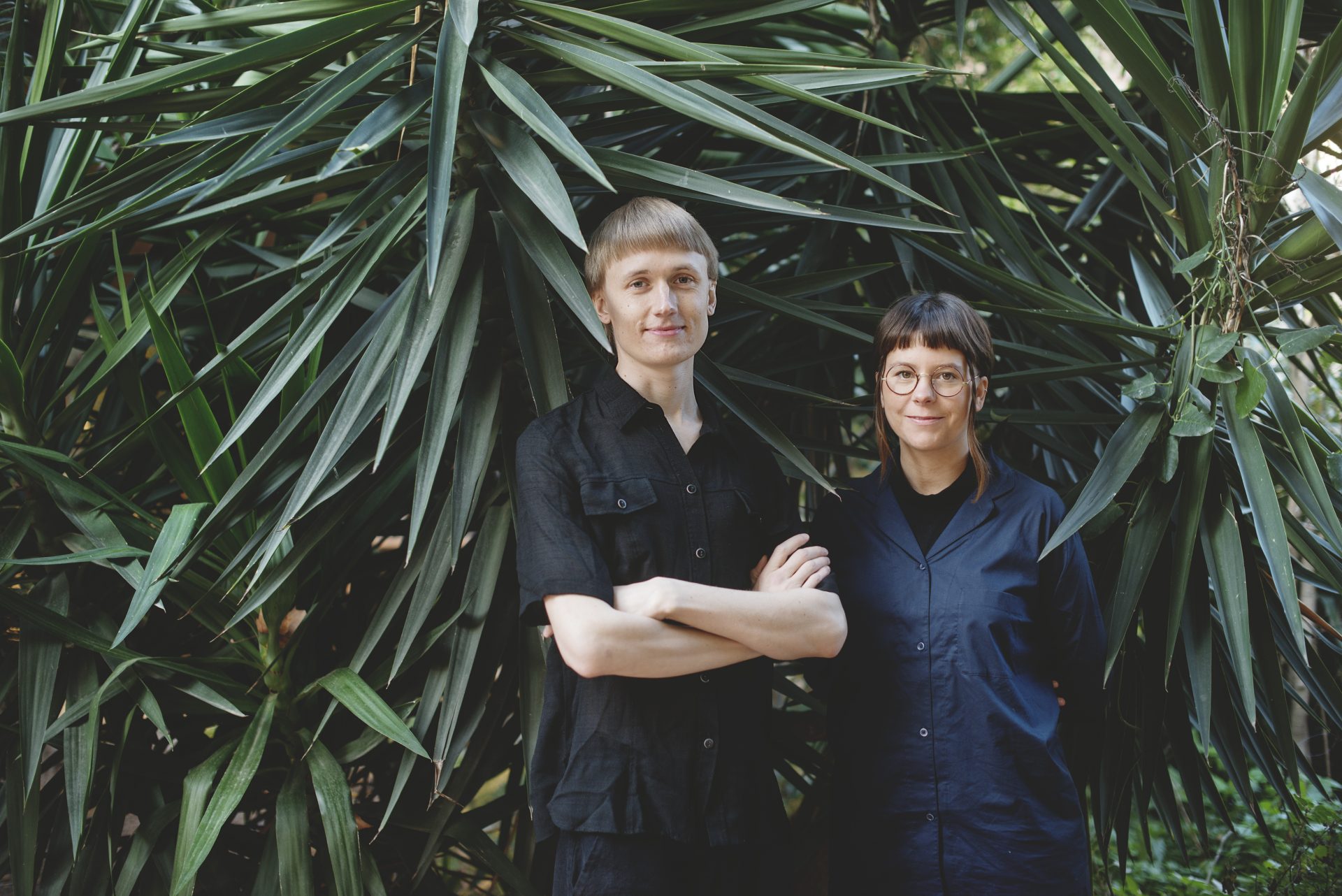 Nonhuman Nonsense is a research-driven design and art studio creating near-future fabulations and experiments somewhere between utopia and dystopia. They seek to transmute our relationship to the non-human, by embracing the contradictory and the paradoxical — telling stories that open the public imaginary to futures that currently seem impossible.

Nonhuman Nonsense work in the embryonic stages of system transformation, in the realm of social dreaming and world-making processes. Aiming to redirect focus to the underlying ethical and political issues, to challenge the power structures that enable and aggravate the current destruction of the (non)human world — allowing other entities to exist.

Founded by Leo Fidjeland and Linnea Våglund, it is based between Berlin and Stockholm.