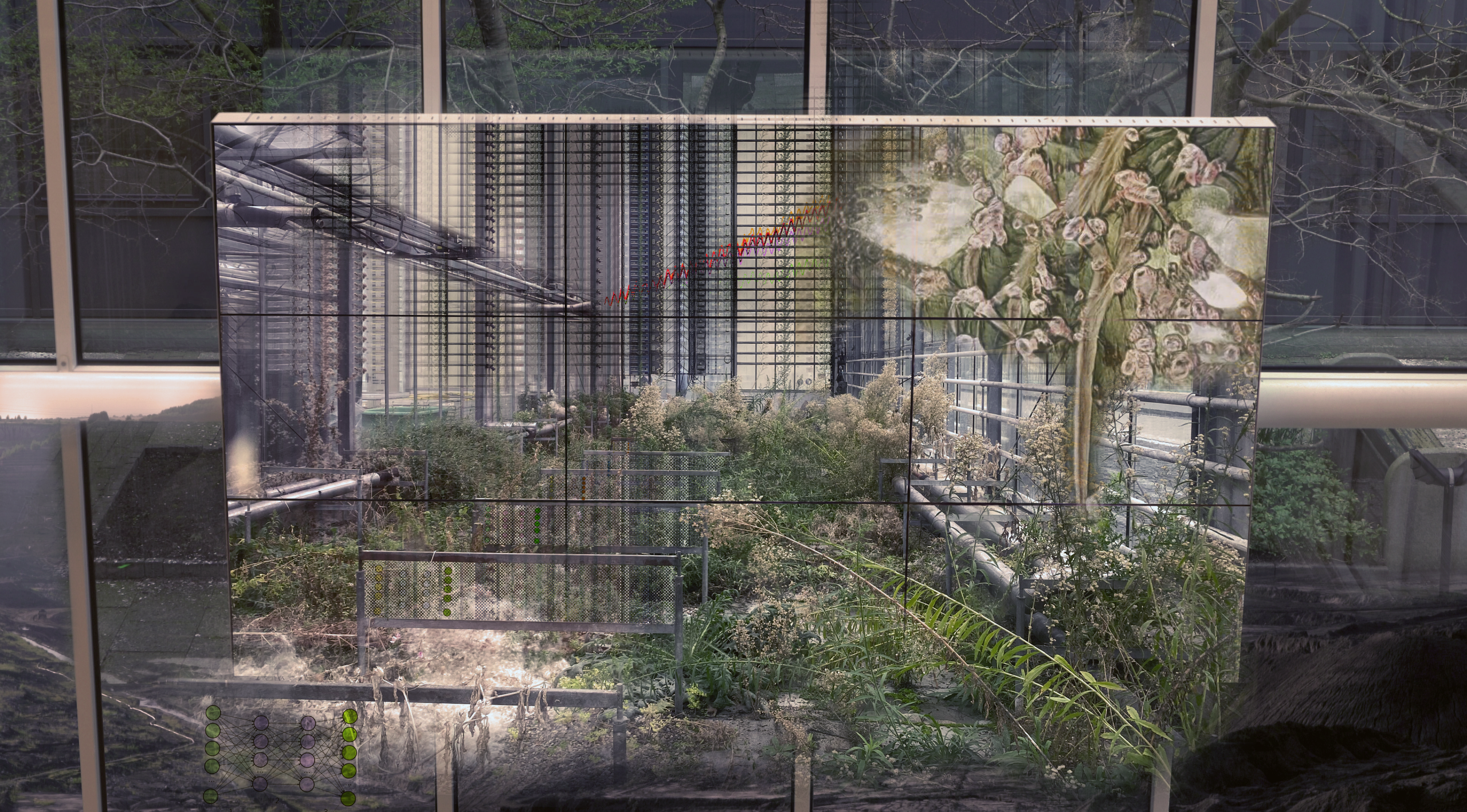 Two interconnected phenomena will shape the foreseeable future: anthropogenic climate change and the rise of artificial intelligence. It is crucial to work through the affinities and antagonisms of these interpenetrating forces.

Through experimental film, 🜃I prototypes possible roles of AI in reforming human ⇄ environment interaction through both social metabolism and social imaginaries. Rather than unfolding an overt narrative, the future fiction will enfold viewers in a filmic experience that cascades across scales, materialities, and unwelts — imaged through diverse techniques. Here, some first fragmentary sketches, initial points of a growing constellation, are presented; ultimately, viewers would encounter the project as an immersive video installation.

Critiques of present-day AI include: bias in algorithms and datasets, reliance on poorly paid human labor, massive energy needs, and the environmental impact of producing or disposing of computer hardware. These critiques rightly raise concerns AI will perpetuate coloniality and extractive capitalism, accelerating systems of inequity and exploitation of people and planet. Unsurprisingly, AI engenders dystopian future scenarios (though too often without regard to aforementioned critiques).

Can the development and application of artificial intelligence instead provide an opportunity to instill and install new earthly operating principles, incorporating the critiques of AI, and re-coding ecological and social values at various scales? If we cannot yet see the way, can filmic future fictions help open new pathways for the imagination?

Brains emerged from the Earth, through evolutionary processes driven in part by changing climate and shifting landscapes. AI operates on substrates extracted from the same Earth — landscapes reorganized — base materials transformed into semiconductors, imparting an inherently alchemical aspect. (The inverted A-like form 🜃 is the alchemical symbol of the earth element; 🜃I thus suggests “earthly intelligence.”) AI is used to recognize and predict patterns, including patterns in Earth systems and brain activity. While these applications of narrow AI remain unconnected, might they be integrated? What would it be like to encounter such an intelligence?

Currently, industrial technologies, including AI, occupy a parasitic place within planetary metabolism. Is it possible to intervene, to imagine and image a partnership, and alter AI’s developmental trajectory towards a symbiogenesis between the technosphere, geosphere, and biosphere?

🜃I is proposed as a working concept, departing from these questions, but deliberately open-ended in order to allow a process-oriented approach, leaving space for ongoing conversation and collaboration with academic and scientific interlocutors to feed into the project. 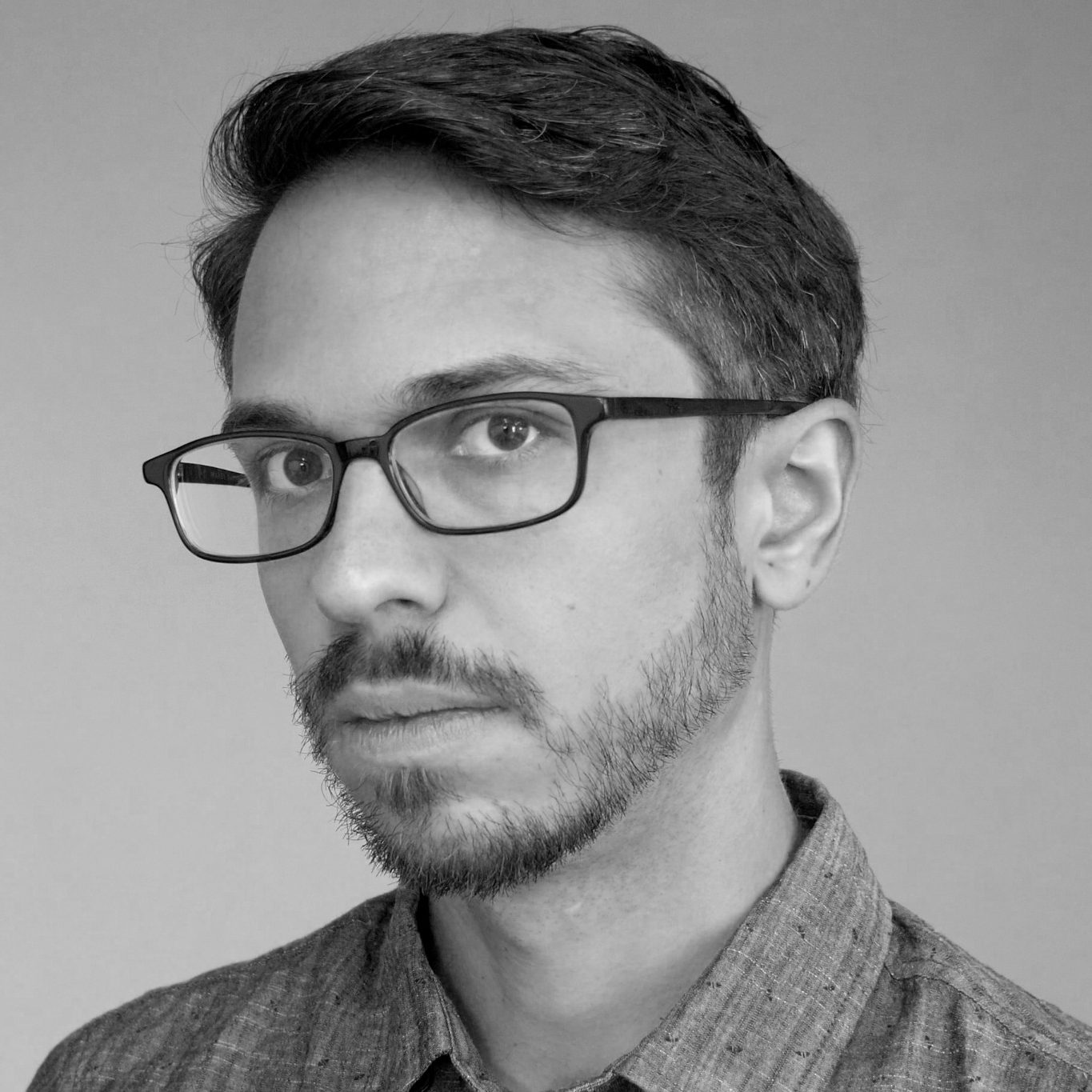 Matthew C. Wilson is an American artist, filmmaker, and researcher based in the Netherlands. In Wilson’s films/videos, sculptures, and installations viewers encounter a range of agents and intelligences entangled in natural processes and shape-shifting historical forces. His projects utilize research-based, site-specific, and methodologically eclectic approaches to track the inertia of Modernity — through contemporary ecological crises and technological transformations — into speculative futures.

Wilson holds an MFA in Visual Arts from Columbia University in the City of New York and undergraduate degrees in Literature and Art/Design from North Carolina State University. He has been a participant in the Whitney Museum of American Art Independent Study Program and numerous residencies including Aalto University, Jan van Eyck Academie, Tabakalera, Terra Foundation, CSAV/Fondazione Antonio Ratti, and Skowhegan. His work has been supported by grants, fellowships, and commissions from Mondriaan Fonds, Forecast Platform, Kone Foundation, Talbot Rice Gallery at Edinburgh University, and the European Commission through the NEARCH project. His moving image work has screened on Vdrome.org, at IFFR — International Film Festival Rotterdam, the Eye Filmmuseum in Amsterdam, and Círculo de Bellas Artes in Madrid, among others. Gallery exhibitions include: Het Nieuwe Instituut, Rotterdam, NL; Marres, Maastricht, NL; Exhibition Research Lab, Liverpool, UK; and The Brooklyn Rail Curatorial Projects, Brooklyn, New York, US. Wilson is currently a tutor in the F for Fact MA at the Sandberg Institute in Amsterdam, NL.