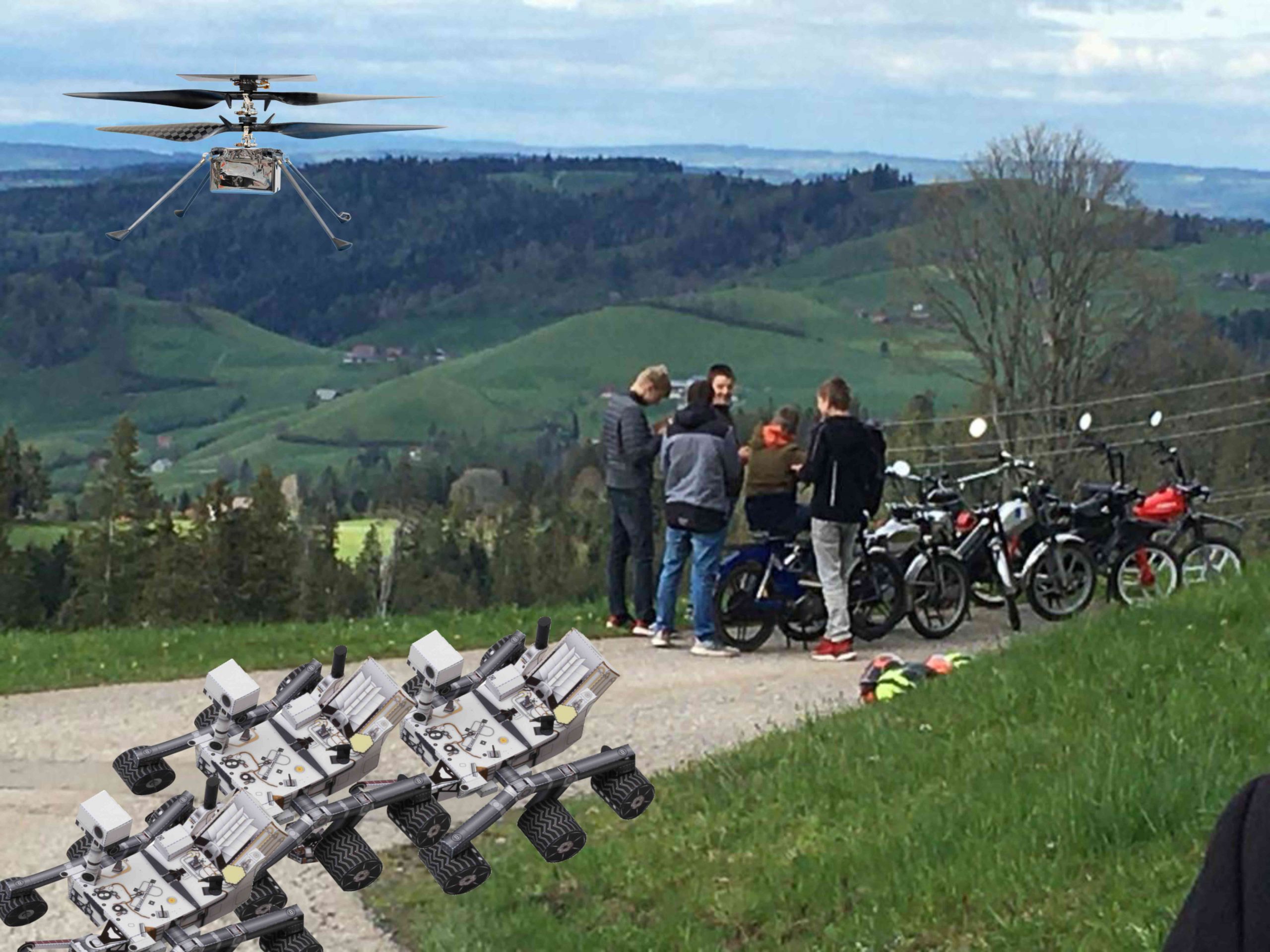 Habitat Theatre: How to Transform a Territory into a Stage – A Manual

Habitat Theatre: How to Transform a Territory into a Stage – A Manual is the epicentre for Anthropos Ex — a long-term project by Swiss / German theatre practitioners Barbara Boss, Damiàn Dlaboha, Maximilian Grünewald, Mira Hirtz and Béla Rothenbühler in search for a theatre of the anthropocene.

Our project starts with the observation that we are not only confronted with the crisis of our earth systems, but we are also in a crisis of perception. The power to act is no longer exclusively human, but nature itself has become an actor on the stage. Our project proposes to fight against both crises with the means of theater—the theater of the Anthropocene that gives nonhuman actors a stage. But what kind of stage could that be?

The manual Habitat Theatre will offer guidelines to anybody who wishes to transform a territory into a stage. In light of the crisis of perception, this wish may transform into a need not only limited to theater practitioners, but to anybody who wants to reflect on our position toward nonhuman actors. This position can never be fully abstract but will have to remain specific to some degree, because we have to witness any territory as a dwelling place: it is not blank but already a specific habitat. Therefore, we will focus our investigation on a specific territory within the Entlebuch Biosphere Reservoir, Switzerland. We frame it: a cubic kilometer, one kilometer long and wide extended by the possibility to work half a kilometer up into the sky and half a kilometer down into the ground. We map it. But we cannot do this alone.

In a series of on-site workshops in 2022, we will gather local and international voices coming from various disciplines and fields of research. These workshops will evolve around the question of how to transform the territory into a stage, thus of how to map it, be, and collaborate with it. They will be supported by further conversations, research, and collaboration with experts from science and the arts. The final format of the prototype will incorporate several chapters: next to these workshops, which will help us to collect and examine experiences and knowledge, we are developing a performance in September 2022, as well as launching a digital manual available to everybody online. Workshops, live performance, and digital media will come together to shape this hybrid and manifold prototype so that it can be mediated locally and internationally to a broad audience. The coming together of its various formats will mirror the entangled complexities of its subject: the transformation of a territory into a stage. 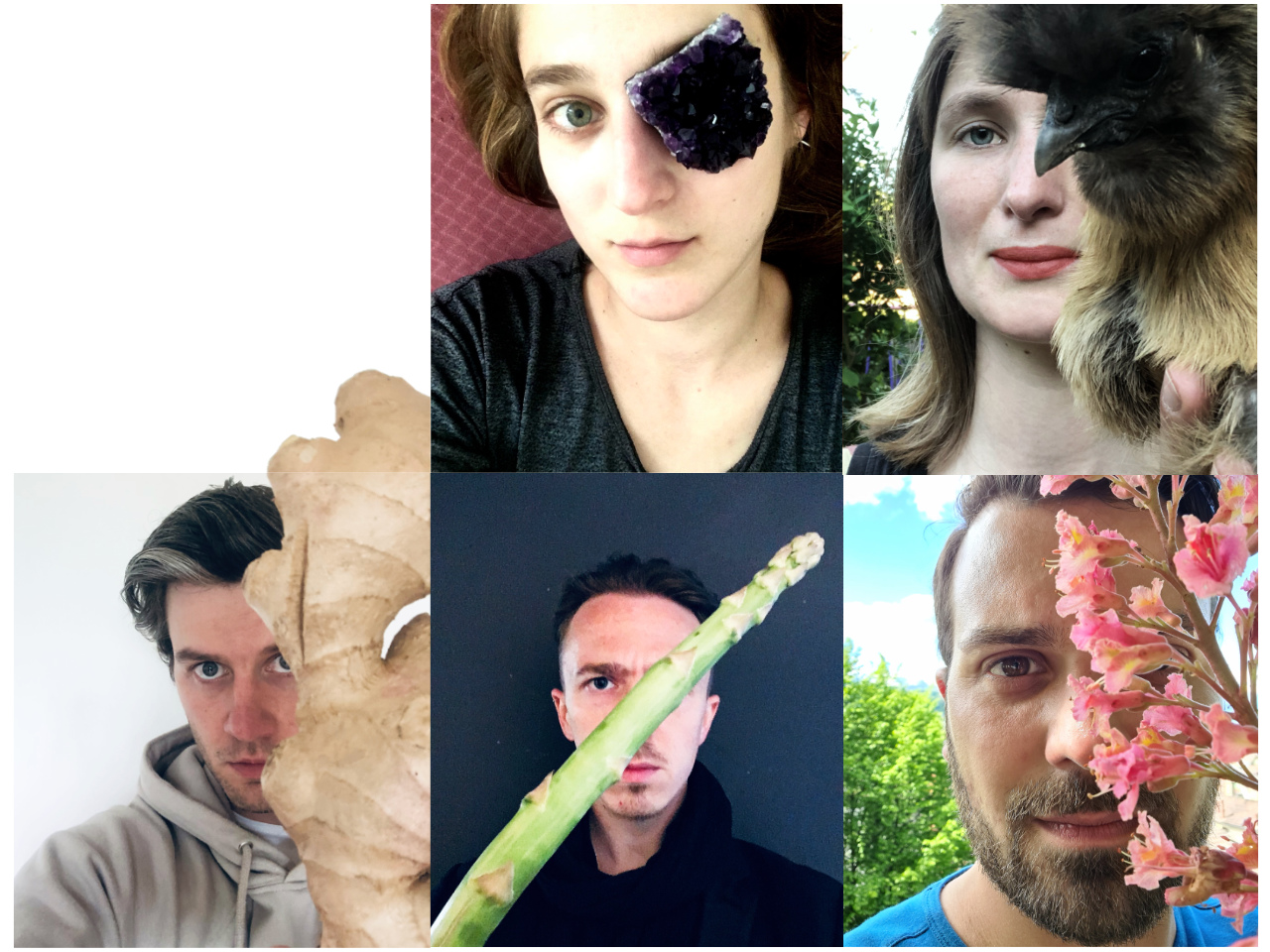 Initiative for Applied Melancholy (Barbara Boss, Damiàn Dlaboha, Maximilian Grünewald, Mira Hirtz and Béla Rothenbühler) have found each other through mutual projects and their shared aim to develop a theatre of the anthropocene in their fight against the crises of humankind with the means of performative arts.

How do we outlive crises? Barbara Boss (*1990) grew up in the alpine mountain resort of Grindelwald and has been living and working in Bern since 2008. She has a BA in Theatre Studies and English Literature and took a detour in Classical Philology at the University of Berne. She works as a production manager for the independent theatre scene in Berne and Switzerland. Often being at the very heart of conflict and emergencies, she thrives to live through catastrophe by joining forces with all entities, bringing together a multitude of cognitions, abilities and natures. In 2018, she foreshadowed the crises of the 2020ies in the 3-hour long performance Triptychon, together with her former collective Faust Gottes, Vetter Fetter & Oma Hommage and 100 actors, singers and musicians at Tojo Theatre Bern and Kleintheater Luzern.

How to make the catastrophe perceptible? Damiàn Dlaboha (*1991) is a stage director from Luzern, Switzerland. With Ad Nauseam (2020), he approached the climate crisis in a play by Anna Sutter. Experimenting with different kinds of interdisciplinary theatre and performance aesthetics, Dlaboha has created political pieces on stages and in atypical spaces. Studying at the Zurich University of the Arts (ZHdK), he was confronted with different mediums and working methods early on. As part of the theatre collective Fetter Vetter & Oma Hommage based in Luzern, he strives to push boundaries both in the way topics are being approached and in the democratising of the processes. For Dlaboha, the audience should not just watch, but experience theatre. The more complex the subject, the more exciting the challenge to make it comprehensible for a broad spectrum of audience.

How to work at the frontier of science and theatre? Maximilian Grünewald (*1989) studied history and theatre studies at the FU Berlin, then switched to the University of Music and Drama (HMT) Leipzig, to graduate from acting. Since then, his interest lies in merging performance and science into new notions of discourse and interaction. From 2012-19, he was part of Maxim Gorki Theater, Staatstheater Karlsruhe and Staatstheater Hannover, where he worked with well renowned directors such as Claudia Bauer, Armin Petras, Alexander Eisenach and Thorleifur Orn Arnarsson. In order to gain more autonomy over his own work, he now produces and performs as a freelancer, based in Berlin.

How to be terrestrial? Mira Hirtz (*1991) imagines in different media and situations what the value of creativity is for people and ecology. She bases her research on somatic techniques and positions her work in the context of critical eco-somatics, experimenting with performance, perception and movement as means to generate and mediate knowledge about sensate matter. The fact that she graduated from creative dance at Trinity Laban Conservatoire London and Art History and Media Philosophy at the Karlsruhe University of Arts and Design (HfG) has shaped her practice, as well as her work as a freelance art mediator and curator. She is currently involved in the Critical Zones project at ZKM | Center for Art and Media Karlsruhe, where the museum turns into a rehearsal space in analogue and virtual ways and teaches performative research at the HfG.

What ground do we work on? Béla Rothenbühler (*1990) is a freelance playwright, writer and musician from Luzern, Switzerland. Since the performance Orloge Zeitreisen (2019), a fully functioning time travel agency, he has been studying the local history of the region he grew up in. In his debut novel Provenzhauptschtadt (2021), he discusses the language and provincialism of central Switzerland and starting in 2022, he is approaching the region’s history musically as a jodel ghostwriter for Hedi Drescht. Accordingly, he is focussed on grounding the academy and telling the stories and the history of the ground we play on.