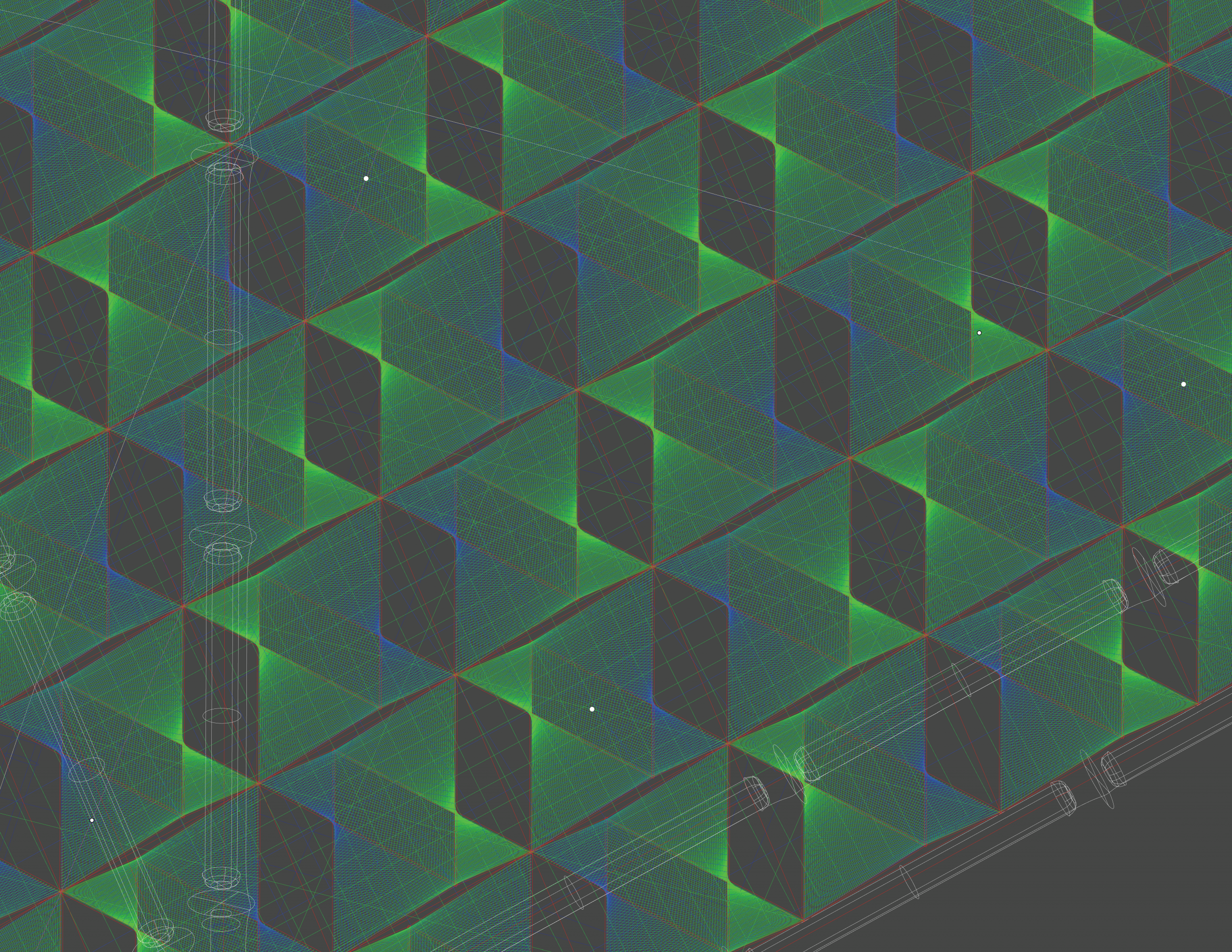 Habit@ is a lightweight para-structure or three-dimensional “skin” that modulates environmental ambiance (“spatial æffects”) to create architectural atmospheres reflecting the many threads humans can weave between their consciousness and environment.

Amidst the mass proliferation of computational power (plus consolidation of its control) driving the planetary-scale metastasis of technologies of life occurring today—expanding extremes of physical, mental and digital (im)mobility jointly with their incongruence, while remapping contemporary energetics of the vital—our relationship with nature has become more parasitic than symbiotic. Human connections to place risk becoming superficial. The bonds we create with our environment lack dimensionality, depth, substance and resonance. This happens not only because spaces we inhabit are no longer constructed from the biome in which they are situated, but also because we as user-habitants are not intimately involved in their fabrication. How can architecture renew meaning through intermediated conversation with its milieu? Habit@ is a lightweight para-structure or three-dimensional “skin” that modulates environmental ambiance (“spatial æffects”) to create architectural atmospheres reflecting the many threads humans can weave between their consciousness and environment.

Habit@ is integral to the “Fufuzela”, an open-source biodigital architecture, comprising of a bamboo “bone” structure and a “skin” co-designed with grassroots makers from West Africa (AMP Makers Collective), architecture and engineering design students at the Pennsylvania State University and other global collaborators. Two full-scale Fufuzela prototypes first interfaced with the public during the Université des Futurs Africains (UFA) exhibition held at Le Lieu Unique in Nantes, France. The UFA installation investigated optical effects of structural color in threaded spatial envelopes. Habit@ builds on the skin system prototyped for Le Lieu Unique by further developing it as a lightweight building envelope that functions as an atmospherical machine. This requires a coupled technical and aesthetic investigation: advancing the materials-based design framework and dynamic performance of a Fufuzela building component, on one hand, and exploring the nature of human interaction with adaptive ambiances, on the other hand. Simultaneously of the site and in dialog with the site, Habit@ offers a new spatial experience to inhabit. 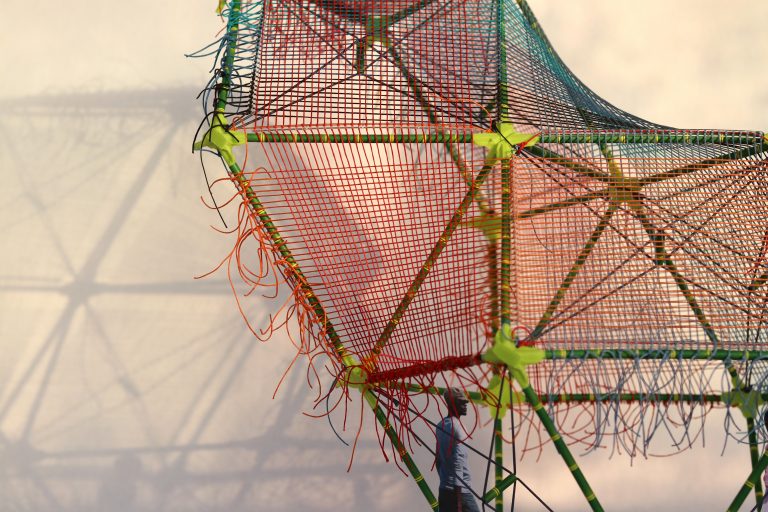 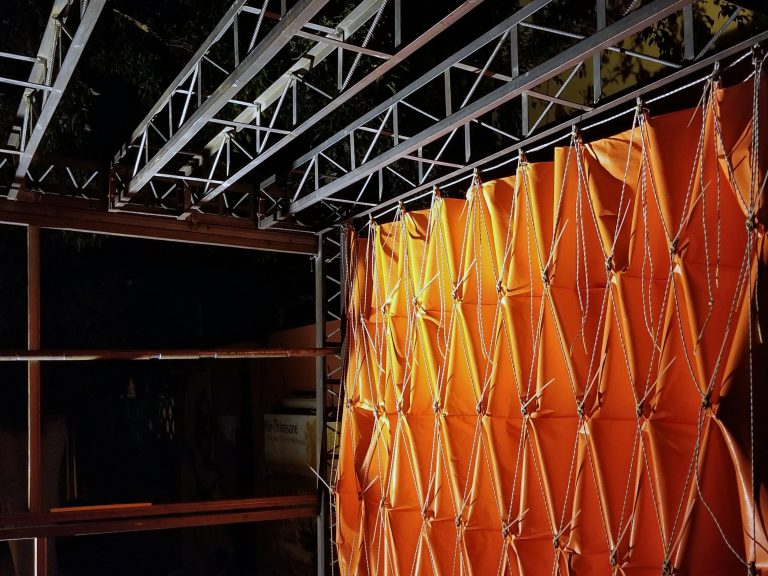 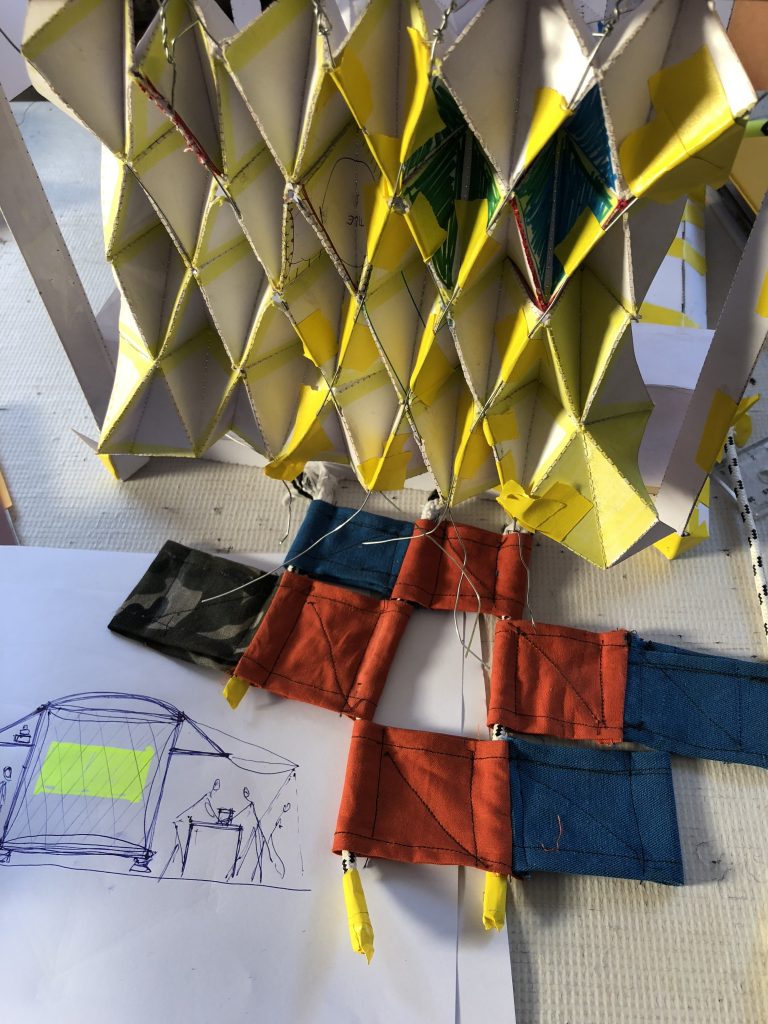 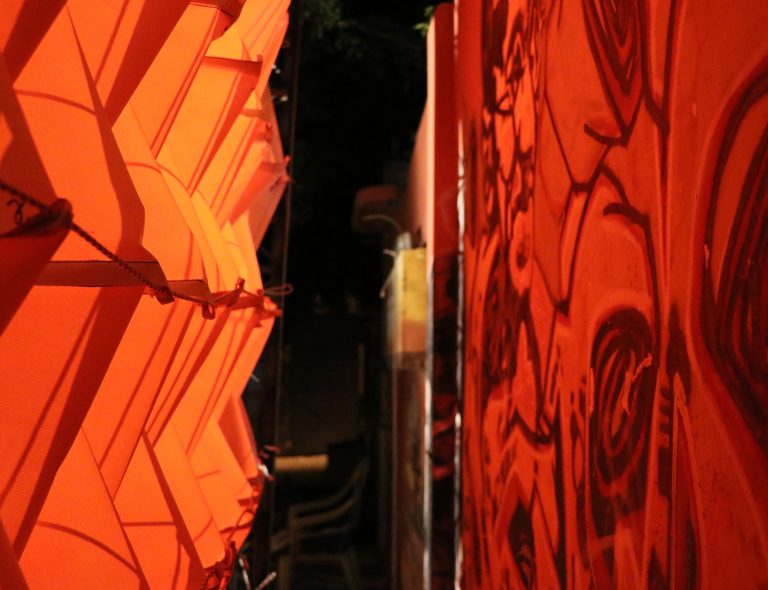 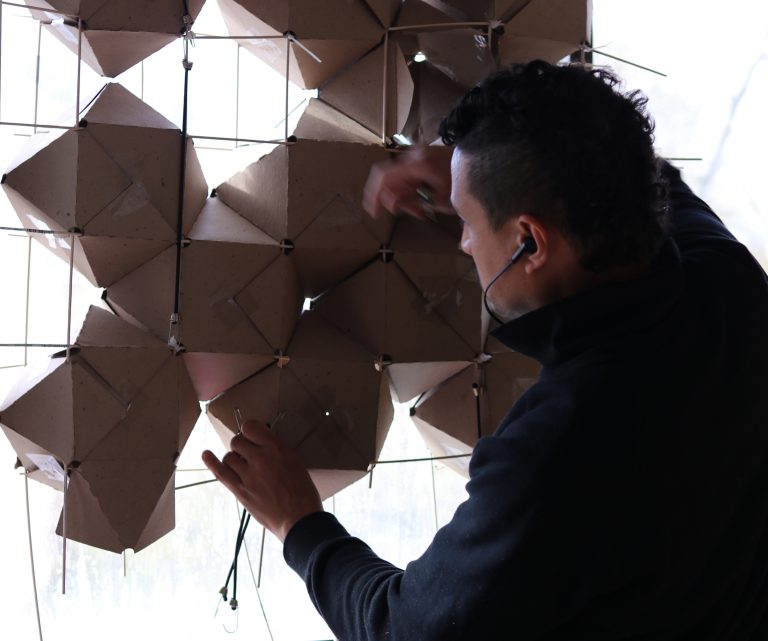 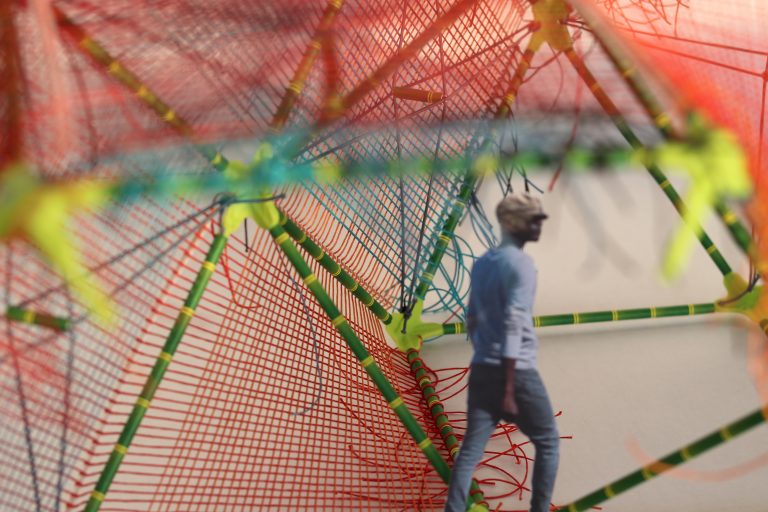 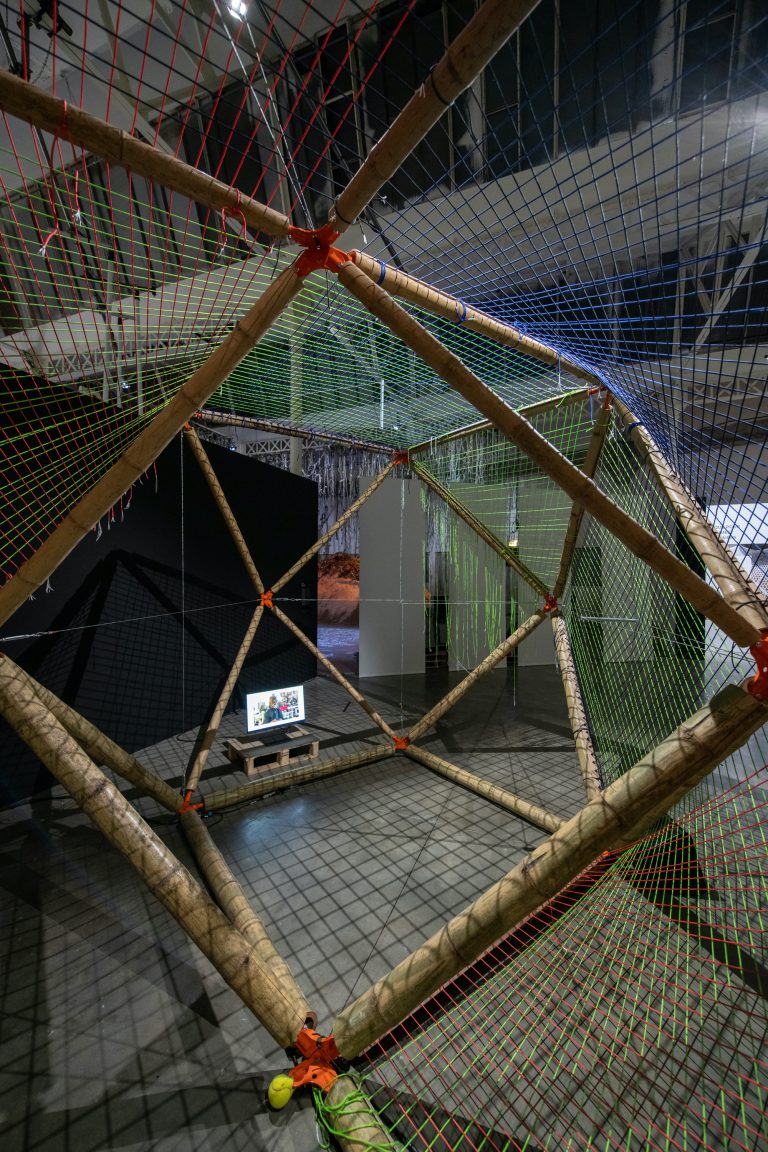 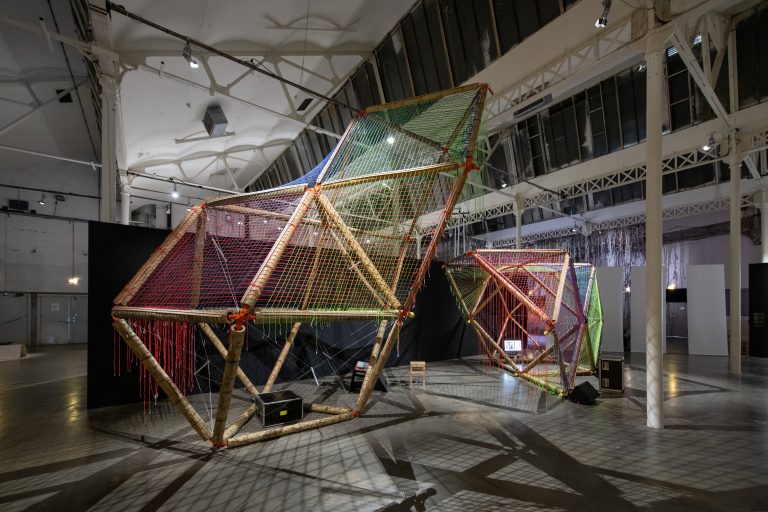 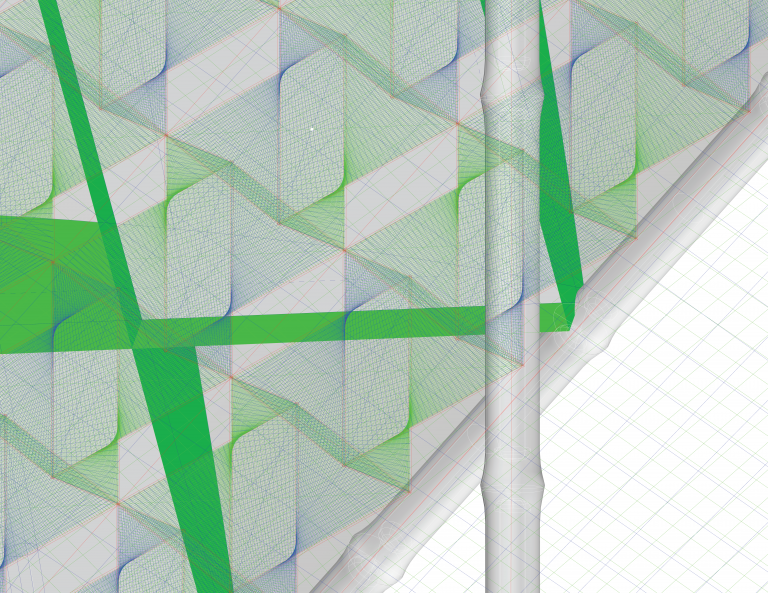 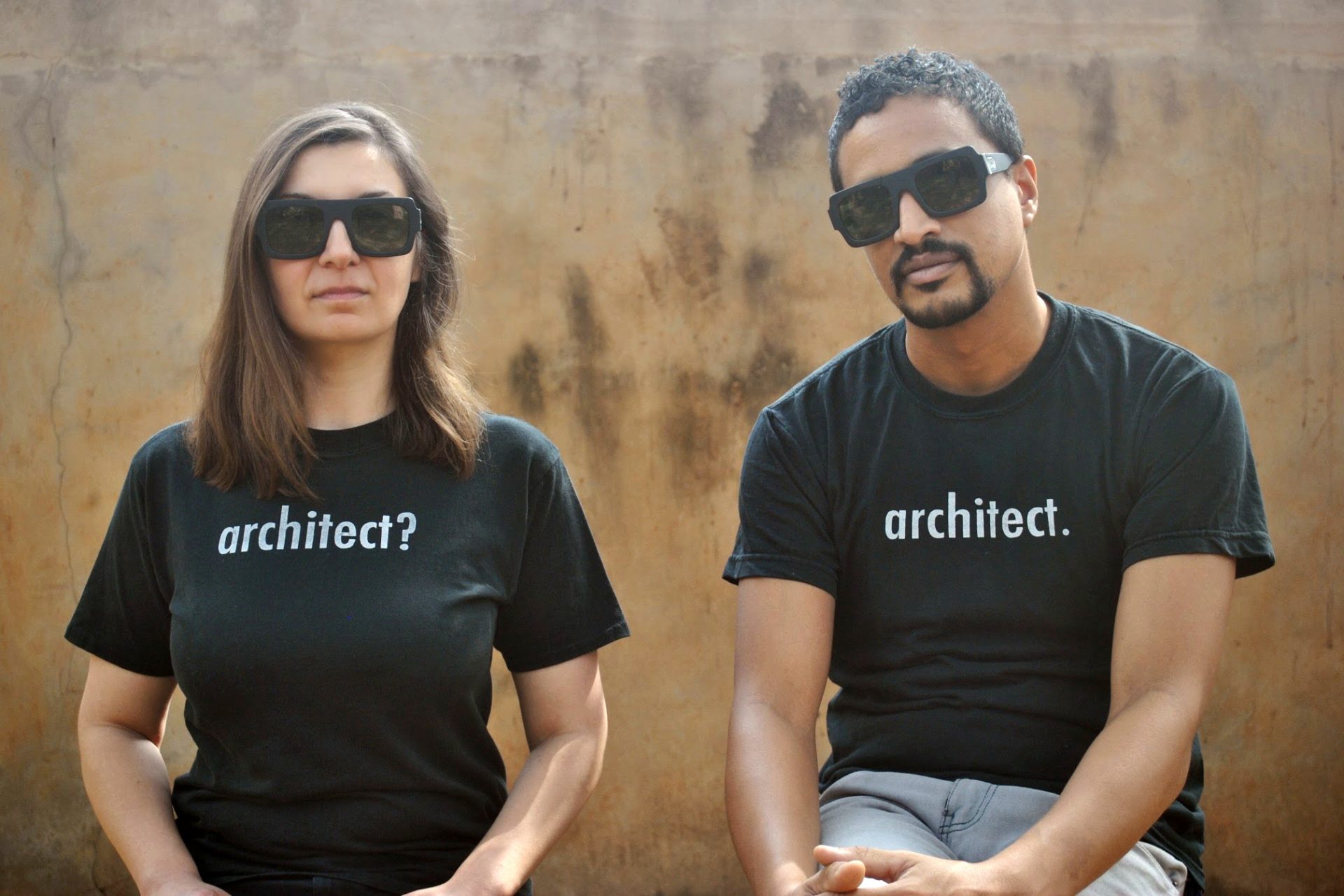