The last section of the Driving the Human Opening Festival, titled “Access”, investigated new models of participation, and engaged with digital and analogue tools to challenge structural inequalities. 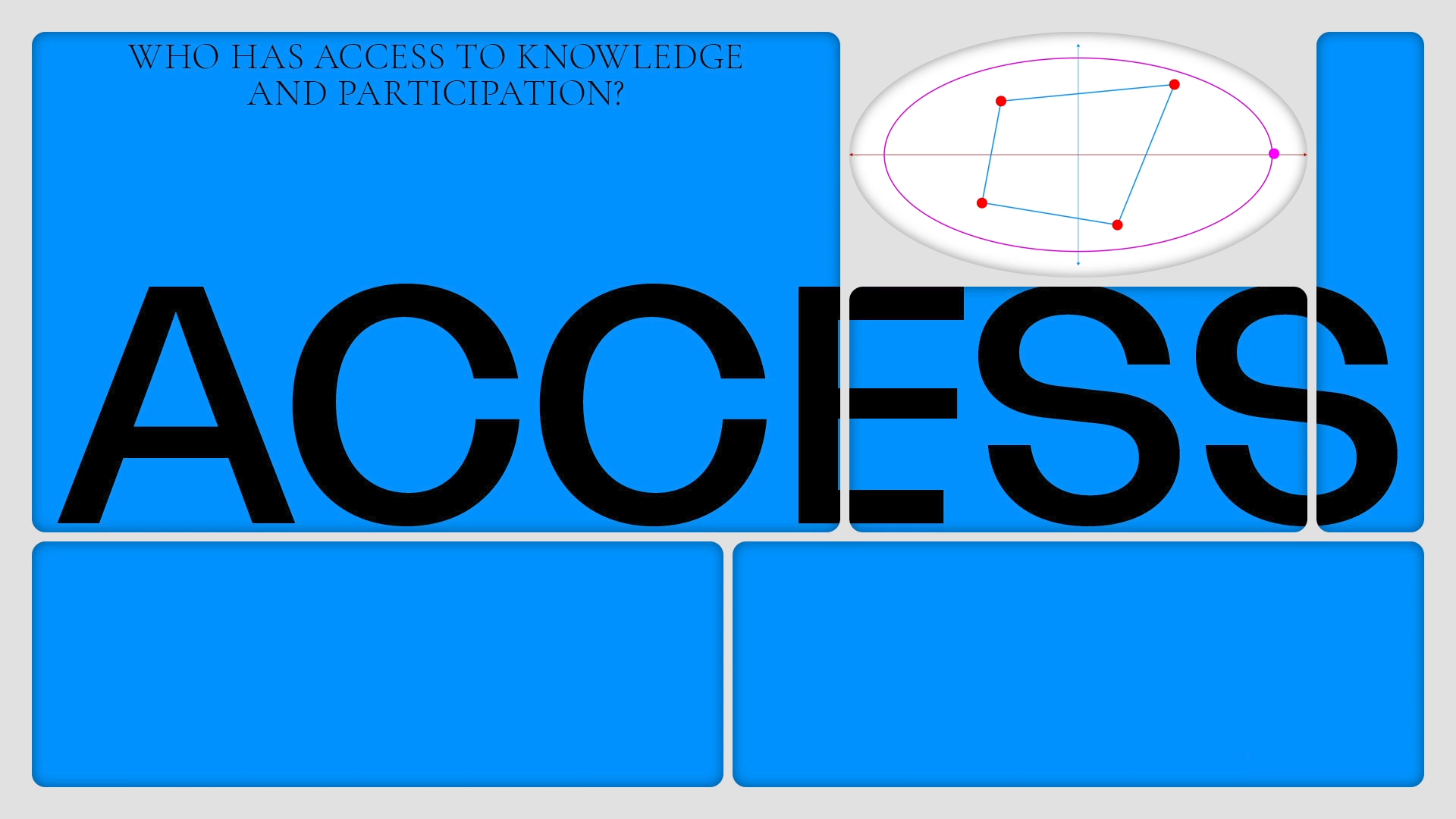 In the final section of the Driving the Human Opening Festival, participants addressed questions such as who participates in the formation of political and socio-economic infrastructures and whose opinion is neglected? How can we build a system that addresses both the needs of all humans and the necessities of non-human beings?

The program began with a presentation by the Feral Atlas Collective represented by Lili Carr, architect, and Feifei Zhou, artist and architect. Their project, the Feral Atlas, consists of experimenting with forms of mapping that can draw human and nonhuman collectives together. Carr and Zhou explained that humans have been creating indestructible toxic waste that could no longer be disintegrated by nature in vast scale since the mid-twentieth century, and built infrastructures that that have ecological effects that develop and spread beyond human control. Feral Atlas is a digital humanities experiment that invites people to explore ecological worlds created when nonhuman entities become tangled up with human infrastructure projects. It is curated and edited by Anna L. Tsing, Jennifer Deger, Alder Keleman Saxena and Feifei Zhou together with a group of researchers and designers including Lili Carr. Carr and Zhou also shared some insights of their workshop that took place in digitally over the course of the Opening Festival. After their presentation, Carr and Zhou were invited to participate in a Q&A session with the audience, who was able to participate and ask questions through the Driving the Human Telegram Group.

The Feral Atlas presentation was followed by a panel discussion moderated by Vera Sacchetti, design critic, curator, and Program Coordinator of Driving the Human, with guest speakers Sasha Costanza-Chock, researcher, designer, and activist and Claudia Chwalisz, author, leading the OECD’s work on innovative citizen participation. In their discussion, they talked about the urges to discuss issues of access and power and explored different kinds of epistemologies, ideas of humans as a multitude, humans as an interdependent consciousness, as well as themes like colonization and the idea of power. Sasha Constanza-Chock was invited to start the conversation and discuss their most recent book Design Justice which is an extensive reflection about the relationship between design and liberation. Design Justice is a reflection that begins with their personal experience about being a transgender person, and discusses issues of values, accountability, and narratives in design in other chapters of the book. Claudia Chwalisz was then asked to discuss the work she is doing in terms of observing, charting, and mapping new forms of citizen participation at the OECD as well as new forms of democracy. Together, the panel members also discussed the current paradigm change and how it can be accelerated to have more inclusive, participatory, and deliberative governance.

After the panel discussion, visual artist Jonas Staal and lawyer Jan Fermon presented their 2020 project Collectivize Facebook. Staal started the presentation by reformulating the question of Who has access to the means of production of knowledge and participation and how can artistic practices contribute to reclaiming and redistributing these means of knowledge. Then, Fermon continued the presentation, and talked about their research on the social media platform Facebook and how it has the potential for influencing or manipulating political choices or how Facebook users unintentionally create raw material for free, which is taken into possession and processed by the social media platform.

The section ended with a performance by Vivien Tauchmann, titled Self-As-Other-Training: Household in which she invited the audience to listen to her instructions and reproduce her movements.

If you feel inspired by these ideas and would like to be part of the Driving the Human project, we invite you to apply to our Open Call until April 9, 2021, by sending us your proposals with your own concept and visions for shaping sustainable and collective futures, which can be later realized as prototypes.