“It is important to promote a growing interest about the Amazonian people, since their knowledge offers alternatives to the civilizational crisis we live in”

Eliana Otta is the author of Virtual Sanctuary for Fertilizing Mourning, which aims to become a virtual space to commemorate the deaths of Indigenous leaders assassinated in Peru, when defending their territories from deforestation, mining and other extractivist activities. In this interview Eliana talks about how she became interested in this issue, and how this project can expand to more communities in the future.

When and how did your project start?
This project started this year, following up on a process of more than ten years in which I have engaged artistically with conflicts happening in Peru due to unregulated extractive activities. Since 2009 I’ve made drawings about assassinated indigenous, protests, affected environments, oil spilling. Recently I made a performance paying them homage, responding to an increase in their killings in the country and the region. Thanks to the Driving the Human call, I found an opportunity to put some ideas together and establish contact with one of the affected communities for the first time, motivated by the urgency of the situation, which has been exacerbated by how Covid-19 affected Peru and the Amazonian area.

What is the profile of the project collaborators?
The community Nuevo Amanecer Hawai is inhabited by Ashaninka people, the biggest indigenous Amazonian group in Peru. They have been struggling with violence for decades. After being founded in 1988, they were attacked and displaced by the insurgent group Shining Path. Once the area was pacified and they returned to their territory, settlers and woodcutters started to invade them, killing two of their leaders when the state was about to officially support them in the defense of their ancestral lands. The community now seeks for justice, while trying to stand for their traditional way of life based in the growing of coffee, medicinal herbs, hunting and fishing.
Diego Vizcarra is a Peruvian film maker who went in August to record images for the presentation I’ll make in October in Berlin. We have collaborated before in different artistic and activist projects trying to protect Peruvian waters, soil and lands in alliance with affected communities.

Which stage is the project in?
The project is in an initial stage. Important documentation material has been recorded with a first visit to the area in August of this year. Now there are enough interviews and visual materials to start exploring the ideal technological possibilities to create the virtual tours I envision for the Virtual Sanctuary. 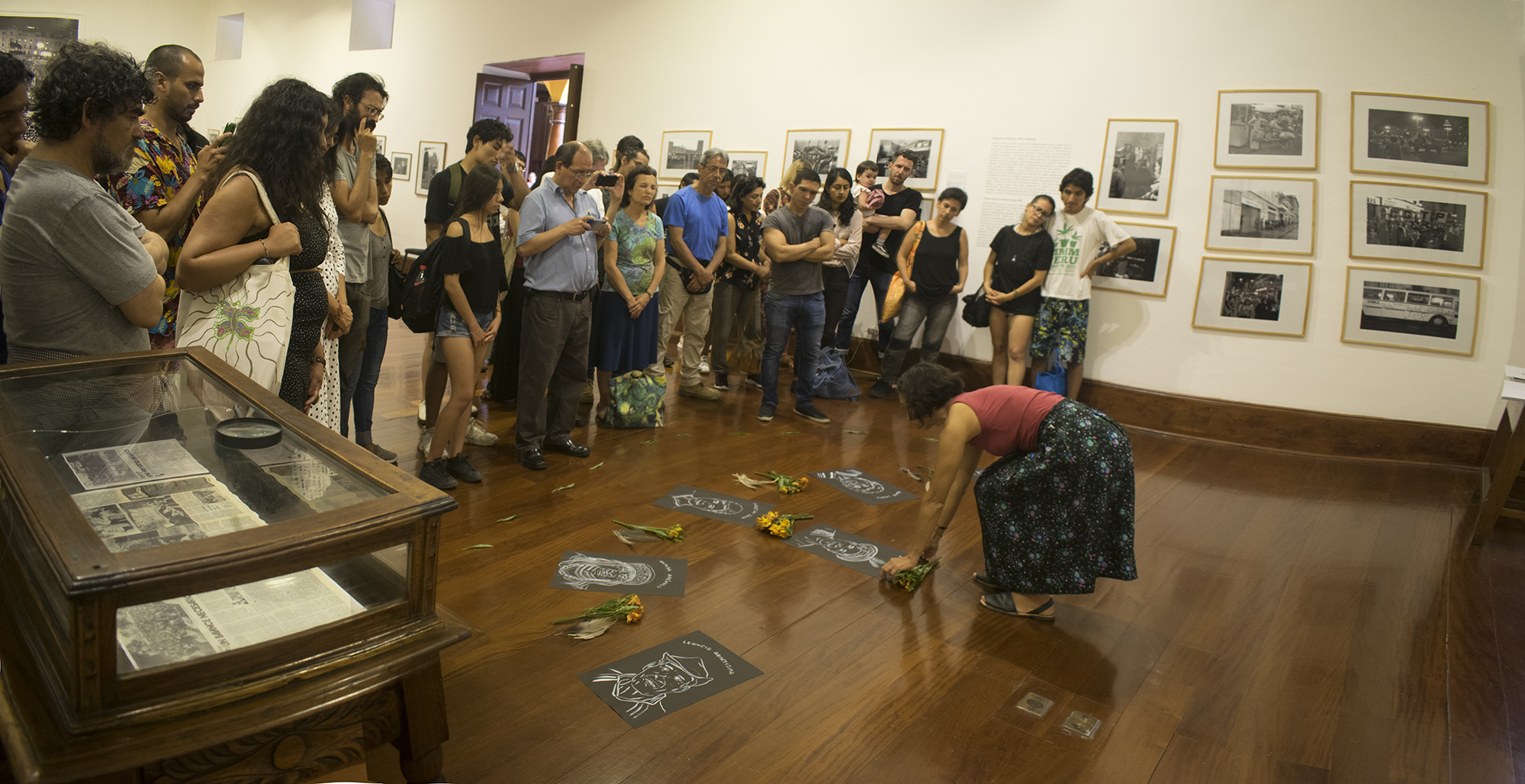 In this phase of your research, what are the two most important aspects of the project?
The fact that it allows others to have access to territories that are difficult to reach to, and that are normally portrayed as virgin or inhabited, while giving visibility to serious experiences of violence affecting the people trying to defend their ways of living and their environment. It is also important to promote a growing interest about the Amazonian people, their struggles and wisdom, since their knowledge offers alternatives to the civilizational crisis we live in. If the Amazon is considered the “lungs” of the world, it is preoccupying that insufficient attention is given to the killing of its protectors, while 2021 was the first year in history when the area expelled more Co2 than it absorbed.

What are the next steps in the research?
For me to go to Nuevo Amanecer Hawai to visit them for the first time, engage in deeper conversations and get to know their territory and ways of living, giving back the trust and generosity they have expressed in the visit paid by Diego. It is fundamental to maintain the bonds with them, sharing what has been done so far and if possible, to realize one or two more collaborations with other communities going through the same situation. This will depend on the stage of the grieving process of the victim’s friends and family, since some of those killings are very recent, and the communities have been strongly hit by Covid-19. The other important step is to investigate the best tools, software and methods for the creation of the Virtual Sanctuary, hopefully with the support of the expert partners of Driving the Human.