Down to the Economy poses the question: What would our societies and economies look like if they were designed by those with Down Syndrome? The initiative is led by Katja Meier, theatre pedagogue who has been working with people with disabilities, and Vienne Chan, an artist who has been researching the economy. The duo share more details about their research leading up to the presentation in Berlin.

When and how did your project start?
The idea for the project came in December 2019, when I (Vienne) was wondering what would happen if people with Down Syndrome were given complete dominion over the world. I hadn’t met many people with Down Syndrome before, but the impressions and few interactions I had felt like there was a quality of care beyond what I normally experienced. So it was a bit of a thought experiment that became especially hard to answer when it came to economic questions, because so much of our system is based on exploiting others.
It took a while to actually get started because of the pandemic, but eventually a friend whose brother has Down Syndrome put me in touch with Katja, and we began discussing how we could do this together. We started the conversations with the Down Syndrome community this summer.

What is the profile of the project collaborators?
We’ve been speaking with men and women with Down Syndrome who participate in a theatre group in Hamburg. They are in their early and mid 20s. Some of them work in disabled workshops. Most of them live in groups of differing sizes with other people with disabilities. For Berlin, we will be working more with Philine, who recently got a job in the regular job market, and Mila, who lives with her family.

Which stage is the project in?
We’ve completed the initial research stage where we speak with people with Down Syndrome and get to know them, and for them to get to know us and the project. We’re now working with Mila and Philine to go further into some topics and present their ideas and experiences within a short theatre piece. 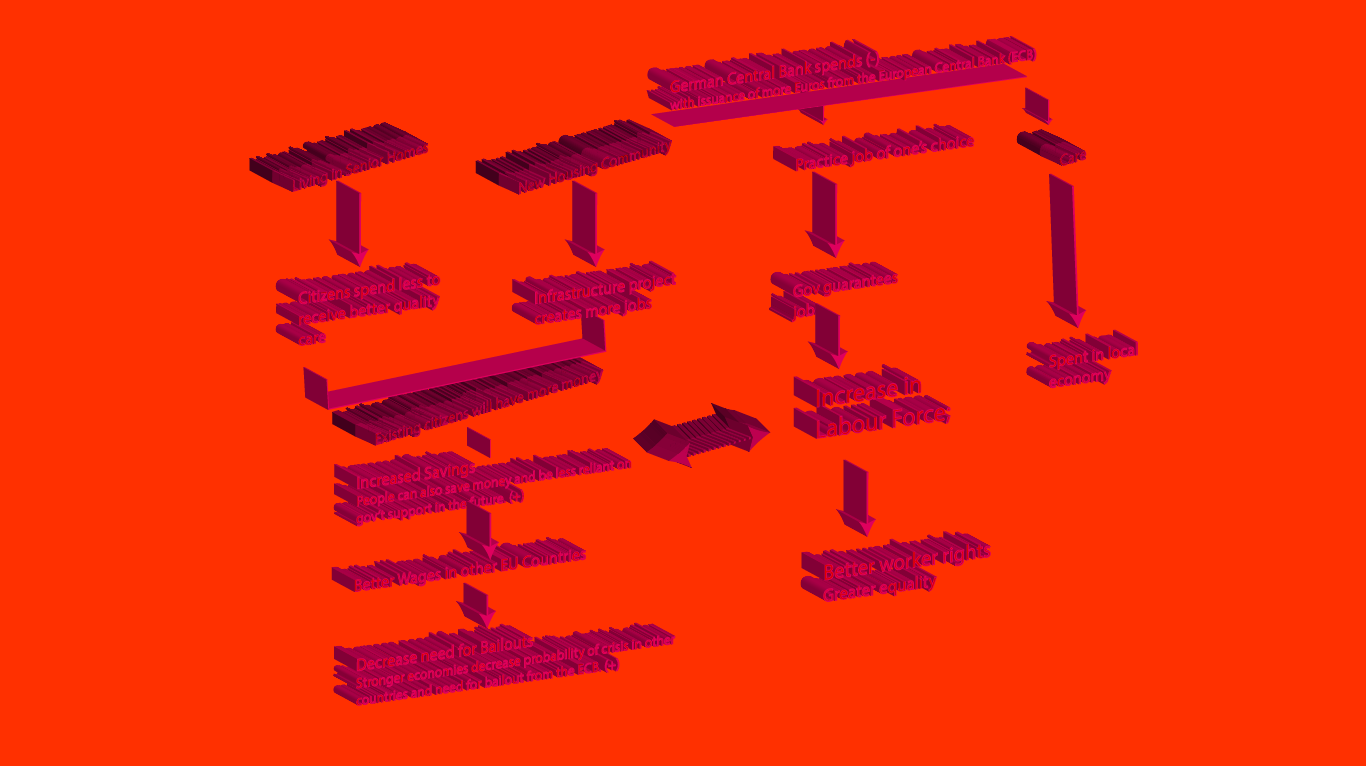 In this phase of your research, what are the two most important aspects of the project?
One, is to have conversations with people with Down Syndrome about their opinions and perspectives about a variety of topics. This has been a big task, as they are not used to being consulted on such topics and many lack self-confidence.
Two, is listening to what they say and trying to work with each point. Because sometimes a point may not seem to make sense at all and it’s easy to brush it off. But when we keep talking, we can see how they arrived there, the points can bring a very different way of approaching difficult questions.

What are the next steps in the research?
We want to continue these conversations with the Down Syndrome community, diving deeper into some topics, and to have these conversations in a larger group. We want to explore the concepts of work as social contribution, and the fine line between support, protection and restriction. We will use theatre as a method to explore some of these questions and then to present it to the audience.

What impact would you like to create for people with Down Syndrome in our society?
The Down Syndrome community actually provides a mirror into all our society’s hopes and failings. It would be good to open up a conversation together in general society, where we examine what performance (Leistung) means and how it has acted as such a fundamental criterion to social membership. In that it has been legal to pay people with disabilities less than minimum wage, there is an actual implication that we need to have a minimum level of performance that contributes to the GDP in order to enjoy all the rights of membership. But looking at some jobs that are paid minimum wage or above and the work’s impact on society – some of which can be negative, it becomes less and less clear what this performance is really about. If we can have a better understanding of what work and social contribution are, maybe we can have a better perspective on what the economy can be.
We are already aware that technical qualities are not what make us human, since machines have greater computational power than us. The lack of these qualities however, has been used as a justification to discount people with Down Syndrome. Perhaps the Down Syndrome community and their experiences can help our society find a clearer path into the future.
This project can be the beginning of the Down Syndrome community acting as stewards, rather than always being the object of stewardship. The question is not so much what is for them and what is for us, if we think a more just and humane society is inherently a good thing.