PLANTS AS LANGUAGE, HUMANS AS SEEDS 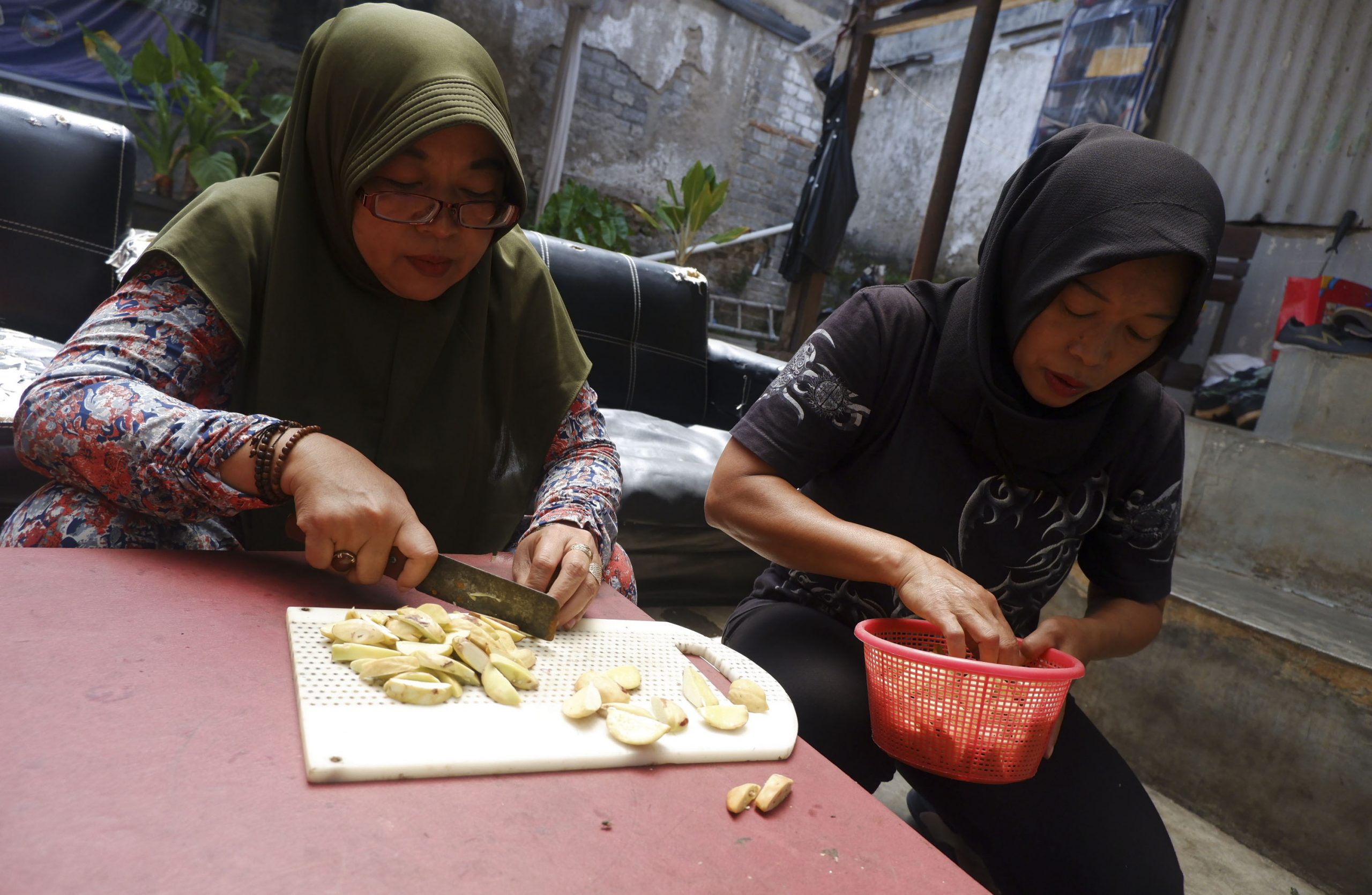 Cooking session at the Sabulang Bentor event, hosted at the Sister Gardening Project in Bandung in March 2022.

Initiated by Vincent Rumahloine and Mang Dian in Bandung, Western Indonesia, “Sedekah Benih” is a platform for knowledge exchange, focussing on bridging scientific and community knowledge by using seeds as vessels of ecological intelligence.

“Plants can become a universal language and can be catalysts for human encounters,” state artist Vincent Rumahloine and environmental activist Mang Dian. The platform they have founded, Sedekah Benih, aims to mediate a multiplicity of ecological forms of knowledge. The project explores the relationship between human and non-human beings, by creating safe spaces where individuals from various backgrounds can share, exchange and discuss multiple ways of knowing and engaging with plants. These perspectives stretch from the experience of individual members of local communities, to collective oral histories transmitting ancient agricultural knowledge, and to collaborating with scientists who work in biotechnology labs. Rumahloine and Dian describe how they view plants as a language to connect and bring together “humans as seeds who have a lot of knowledge, no matter their background.” Sedekah Benih is about creating opportunities for exchange that get people from various backgrounds into the same space to start these conversations. 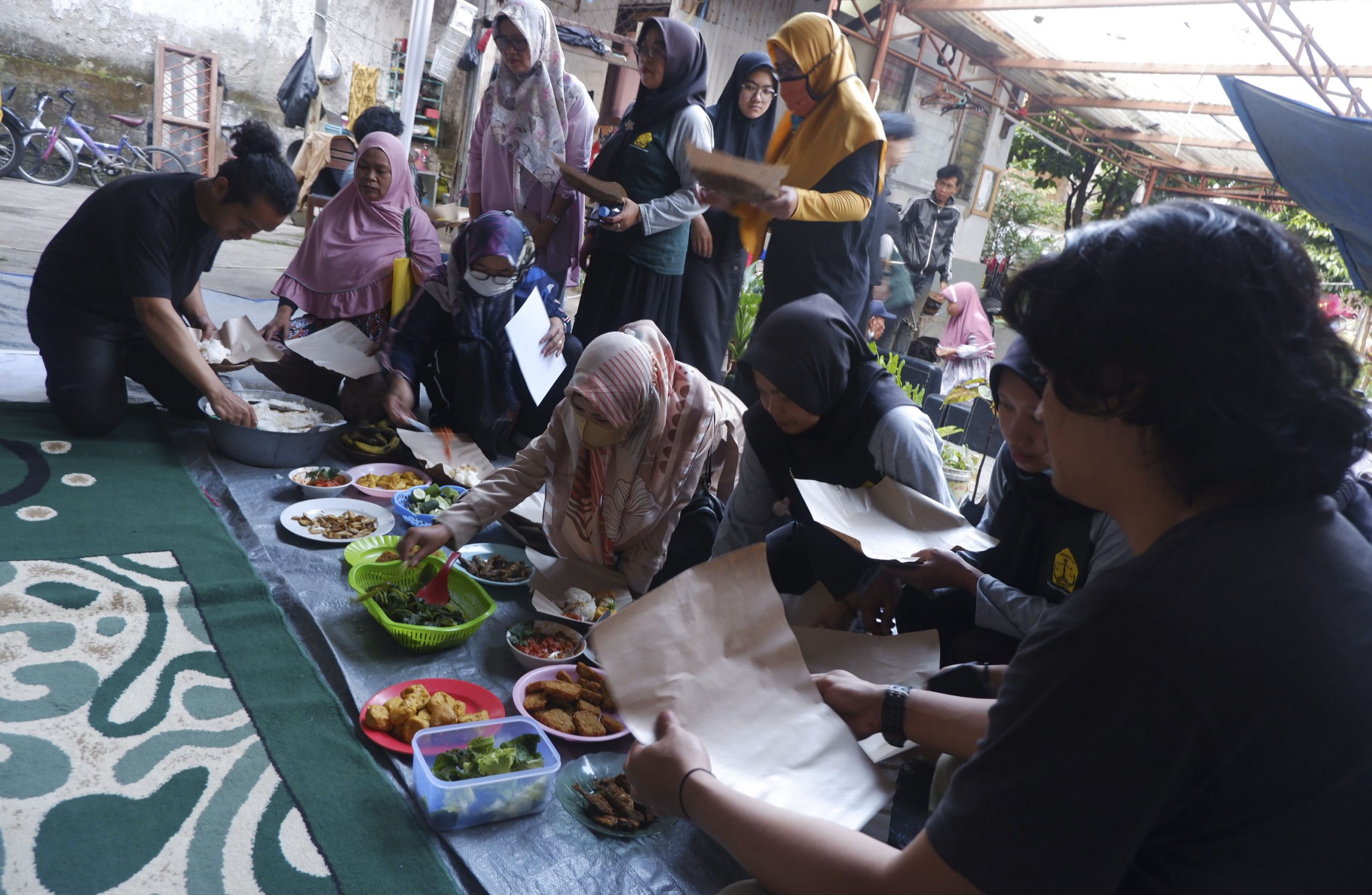 Shared Meal at the Sabulang Bentor event, hosted at the Sister Gardening Project in Bandung in March 2022.

The Sister Garden, in Bandung, Western Indonesia, is where Rumahloine and Dian initiated Sedekah Benih. Based on an urban gardening project by Mang Dian, they started sharing seeds within their local community and initiated research around collective memories of tiis leungeun, which roughly translates to a “green thumb”, or a person talented in farming. Through their research, the collective discovered that Sundanese Indigenous Communities store and express agricultural knowledge through Karinding music. This music includes information on “how traditional astronomy is used to determine the correct times for planting and harvesting,” explain Rumahloine and Dian. “On another island, there is a song as a mitigation for tsunamis. In the eastern part of Indonesia, there is a ‘Sasi’ system [agreement to protect endangered species from harvesting] to manage natural resources.” Sedekah Benih is about collecting and sharing these pieces of knowledge, disseminated not only through discussion, but through the embodied practice of care of one’s own seedlings.

At the Driving the Human Festival last October, the team behind Sedekah Benih installed a greenhouse where they hosted discussions and handed out a local seedling, lamb lettuce, to all those who passed by the festival. Before being spread through the city, the lamb lettuce seedlings were also bathed in the Karinding music, in an embodied connection to the plants  in the community garden back in Bandung. When taking them home, visitors were encouraged to connect to the Sedekah Benih online platform, and thus establish a relationship with the garden in Indonesia and the seedlings planted here. Rumahloine pointed out how the harvest – of the lamb lettuce in Germany, and of the chilis and red ginger native to Indonesia in Bandung – could then be performed together on different sides of the globe.

Beyond growing plants like chili and red ginger, Sedekah Benih has been hosting events and collaborations within their garden. Last month they hosted Sabulang Bentor, a public event collectively celebrating the upcoming fasting month of Ramadan with mothers from the local community, representatives of the city government and the Sedekah Benih team. Together, they cooked “munggah”, a meal composed of Nasi Liwet, a rice-based dish that includes tofu, vegetables, salted fish, samba, and crackers. The shared meal created a space for conversation and exchange between the different parties. Other events at their garden included a chili competition, Karinding music sessions, and their ongoing seed sharing activities. 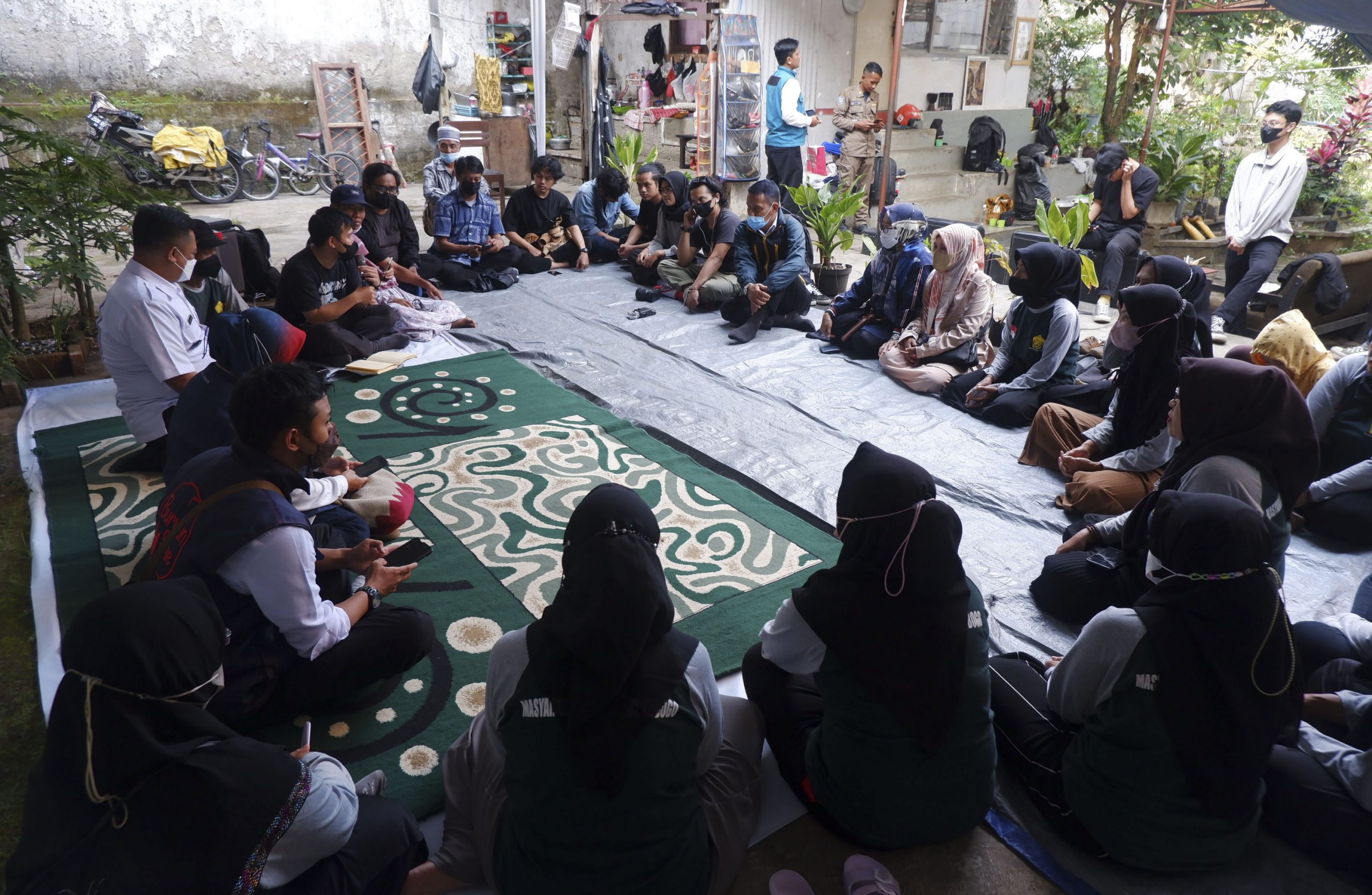 Discussion at the Sabulang Bentor Event hosted at the Sister Gardening Project in Bandung in March 2022.

The Driving the Human Mentoring Event in December allowed Sedekah Benih to get in touch with chili expert Alexander Hicks, who runs the BioChili farming project in Germany. Mang Dian will do a residency at BioChili to share and exchange his knowledge from urban farming within the Sister Garden. As part of the residency, the Sedekah Benih team will host a public event in Pforzheim discussing the history of chili, as well as multiple perspectives on growing chilis in our current times. The next steps of the project includes close exchanges of knowledge between Sedekah Benih, the network of scientists of acatech, and the Bio Design Lab at the Karlsruhe University of Arts and Design. Through meetings and visits, Sedekah Benih will enhance their activities, and disseminate gathered knowledge in Bandung to the local communities.

The team behind Sedekah Benih states  how  “the seed is information that records the process of evolution for thousands of years.” Rumahloine and Dian create spaces that acknowledge and exchange multiple readings of the information these plants hold, from ancient agricultural practices, to the analysis of scientists working in biotechnological labs and the memories of individuals. These multiple perspectives are showcasing the complexity of the plants themselves, as well as the many ways humans relate to them. Staying with this complexity, Sedekah Benih is about moving consciously into a future that reflects the many facets of human positions within ecosystems, as well as striving towards understanding non-human life forms in a more comprehensive manner.