Looking back at the Opening Festival

In November 2020, the Driving the Human Opening Festival brought together speakers from diverse backgrounds to offer visions for shaping sustainable and collective futures. 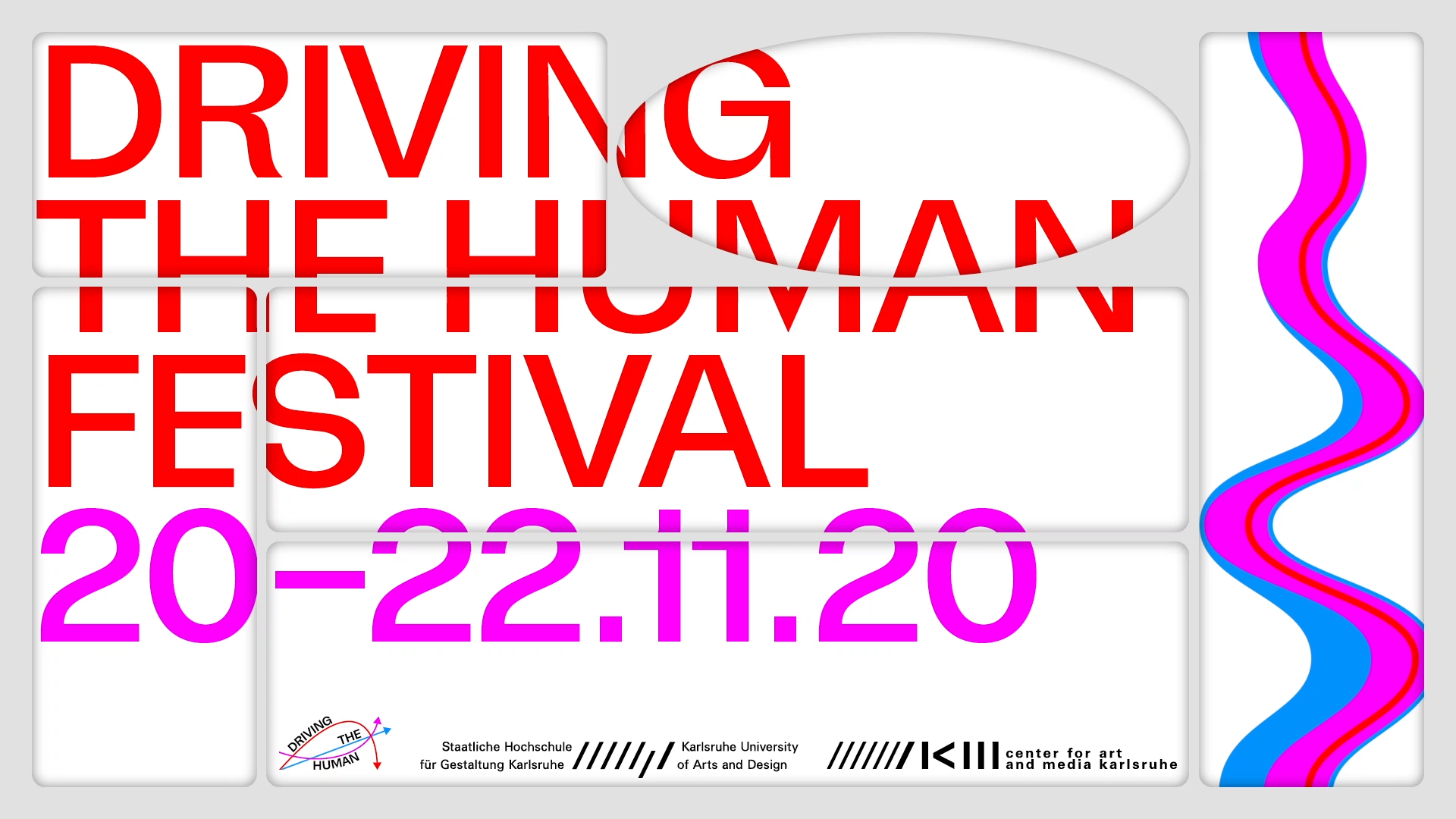 “What are the Urgencies of Our Times?” was the focus question of the Driving the Human Opening Festival that took place on November 20-22, 2020. During these three days, various speakers were invited to critically engage in discussions and offer visions for shaping sustainable and collective futures combining science, technology, and the arts. The Opening Festival started in the evening of Friday, November 20, and was moderated by Julien McHardy, curator, and Barbara Kiolbassa, ZKM art mediator. The audience was then welcomed by Jan Boelen, rector of Karlsruhe University of Arts and Design, and Peter Weibel, CEO of ZKM | Center for Art and Media Karlsruhe before being greeted with a trailer highlighting the many different speakers of the festival, followed by music, visuals, performances, and a film screening.

The Festival continued Saturday, November 21, with a morning workshop and the first three sections: (Non-)Human, Habitat, and Economy. On Sunday, November 22, the sections Technology, Knowledge and finally Access were approached by the different panelists. The Driving the Human Opening Festival offered memorable performances, workshops, film screenings, music and discussions that were broadcast worldwide via a live stream accessible to all.

The audience could join the live discussion through a dedicated Telegram Group, where they could comment and follow the program, but also engage with the panelists and organizers of the event. The Telegram group also allowed for participation during the workshops and re-enacting the movements of different performances. The online community on social media was also participating and sharing their experience during the event through stories mentioning @drivingthehuman on Instagram.

The Opening Festival launched ideas and provocations, orienting the next phase of the project’s investigation

The Festival ended with a question: “What is Urgent, Then? How can Driving the Human do something about it?”. This was debated by the four institutional partners of the project, Jan Boelen (Karlsruhe University of Arts and Design), Freo Majer (Forecast), Martina Schraudner (acatech) and Peter Weibel (ZKM | Center for Art and Media). Ultimately, the Opening Festival launched ideas and provocations, permitting to formulate the questions that will orient the next phase of the Driving the Human investigation. The project will launch an Open Call on February 10, 2021, inviting designers, artists and other multidisciplinary agents to apply. Ultimately, the process and outcomes of the initiative – seven prototypes for eco-social renewal – will become tools that enable new worldviews, opening the door to alternative ways of coexisting.