Can AI help to build a more sustainable and collective future?

The fourth section of our Opening Festival looks at Technology, exploring critical engagements with AI and probing boundaries and alternative uses, ethical limits and strategies for activism. 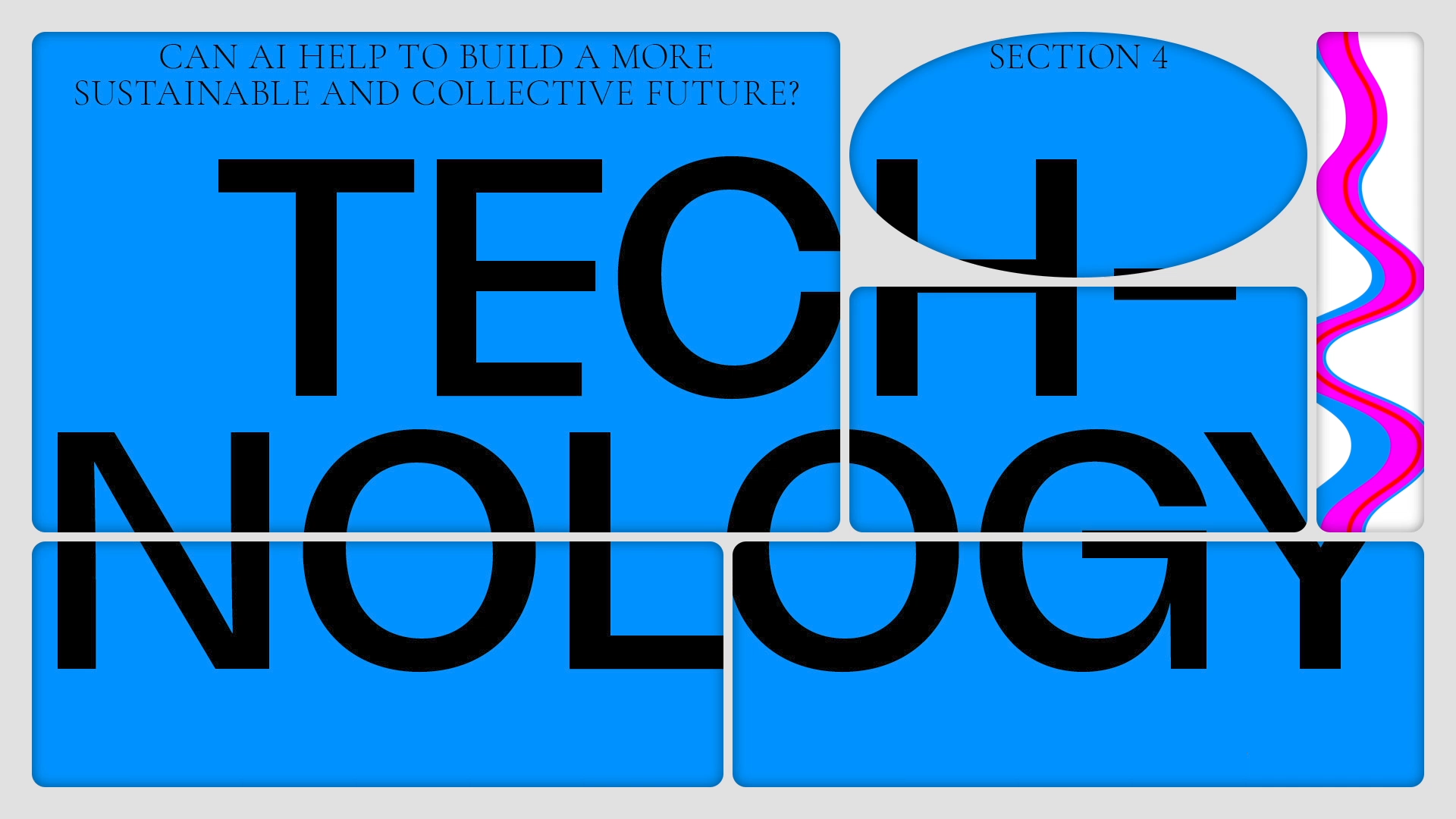 Artificial intelligence is already used to structure all areas of human life. In our data-based reality, human decisions have become data sets that build the infrastructures of our societies. Due to the influence of technology giants on politics and science, research that acts independently of economic interests has become almost impossible. In a web-based environment, passive consumption and active engagement are being stimulated permanently, whereby the border between free choice and imposed consumerism disappears. Can we find a way to engage critically with the use of AI? Could AI become a tool to build a more sustainable and collective future?

The first conversation in this section of the Opening Festival was between Albert- László Barabási, physicist, network scientist and founder of the BarabásiLab, and Teresa Retzer, curator at ZKM. They discussed the complexity of systems and the radical impossibilities of Artificial Intelligence asking what role they play in building or imagining sustainable and collective futures. An upcoming exhibition at ZKM | Center for Art and Media Karlsruhe, titled  BarabásiLab. Hidden Patterns, will show what happened in the last 25 years in network visualization. A part of Barabási’s pursuit includes his research about the COVID-19 virus and the current global pandemic.

“I don’t tell the AI model what to look for […] to distinguish between dogs and cats, I just give it the data and it needs to figure out by itself.” –Maximilian Ilse

This conversation was directly followed by a panel discussion about Technology moderated by Ariana Dongus, media scholar, journalist, and teacher, with Maximilian Ilse, PhD candidate at the Amsterdam Machine Learning Lab (AMLab) and Simone Niquille, designer, and researcher both based in Amsterdam. They talked about Artificial Intelligence, computer/machine vision and our society. The audience was invited to participate and engage with the panelists through the Driving the Human Telegram Group and ask questions, after the panel discussion, during the Q&A session.

The section ended with another performance by Vivien Tauchmann, “Self-As-Other-Training: Textiles” in which she invites the viewers to listen to her instructions, follow and repeat her movements while we can hear background noises.

If you liked these ideas and would like to be part of the Driving the Human project, we encourage you to apply to our Open Call until April 9, 2021, by sending us your proposals with your own concept and visions for shaping sustainable and collective futures, which can be later realized as prototypes.